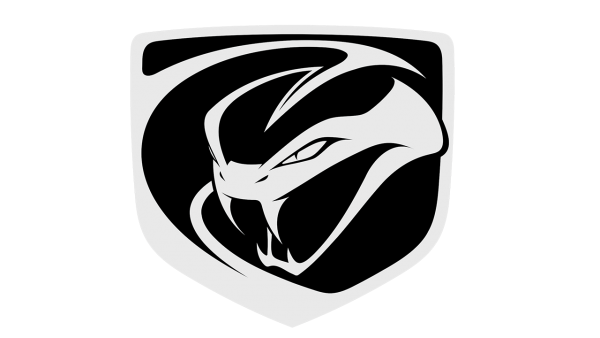 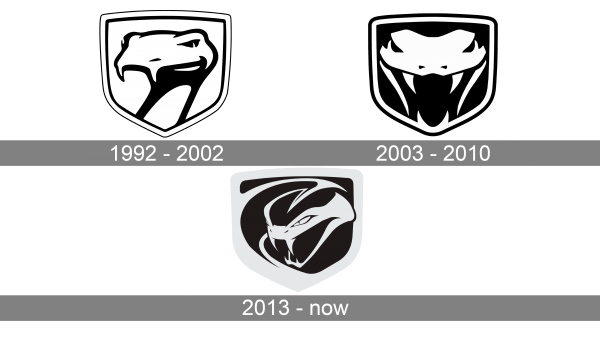 While the logo of the sports car Viper has always featured a snake’s head, it hasn’t looked the same. There’ve been three modifications so far. 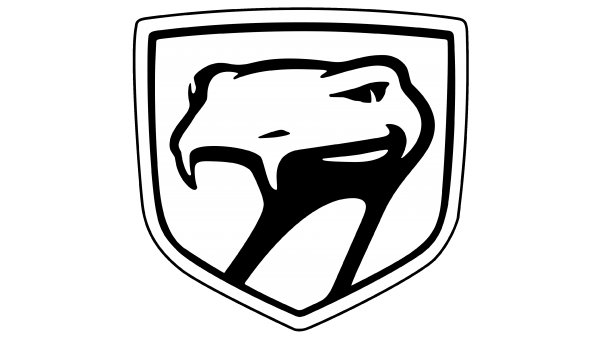 The original Viper logo, which was nicknamed Sneaky Pete, was unveiled in 1992. The nickname represents the mood of the snake pretty well – it doesn’t seem overly aggressive. It seems to have noticed something suspicious and is just observing. While the snake is possibly devising a sort of plan, it doesn’t seem to be going to attack straight away. 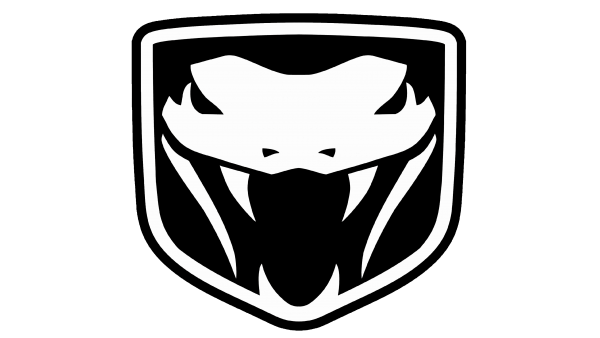 By contrast, the following logo features a striking snake with its mouth open. The logo nicknamed “Fangs” looks menacing. We can’t even see the body, only the head, which therefore looks larger than on the original logo. The shape of the shield has remained almost the same, yet it has grown a bit shorter to fit the shape of the snake’s head. Also, the shield seems somewhat broader because of the bolder outline. Similar to Sneaky Pete, this emblem grew very popular among Dodge and SRT enthusiasts, who wore it even if they weren’t Viper owners. 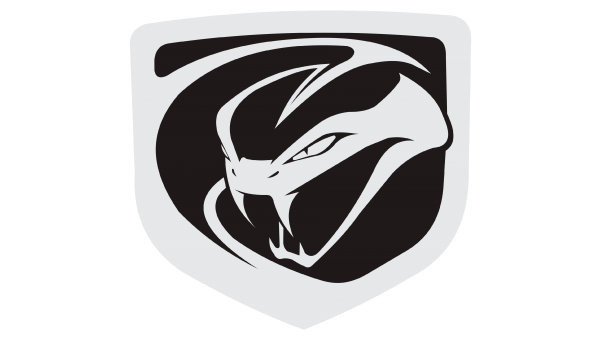 In the spring of 2012, the 2013 SRT Viper with a new badge was unveiled at the New York Auto Show. The emblem was developed by Chrysler designer Vince Galante, who is known as proud Viper owner.

On the logo, which was nicknamed Stryker, the snake looks more alive and elegant than on the previous versions. The snake is still menacing as it is poised to strike. The fact that it’s facing slightly to the left and we see it from the top gives a chance to make the image fuller and bring the elegant curves of the creature’s head to the limelight. The way the eyes are depicted gives the snake more character than it had on the previous version of the Viper logo. The concept of the Stryker badge seems to go well with the car itself, as the 2013 Viper has been often called the most aggressive car in the lineup. As for the shield shape, it looks very close to the previous logos. 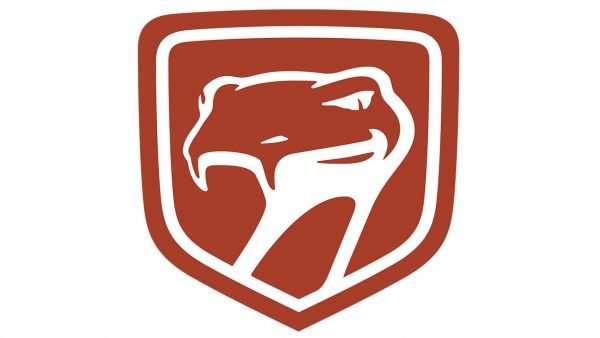 One of the most known sports cars in the US, the Viper is produced by Dodge. Production started in 1991. 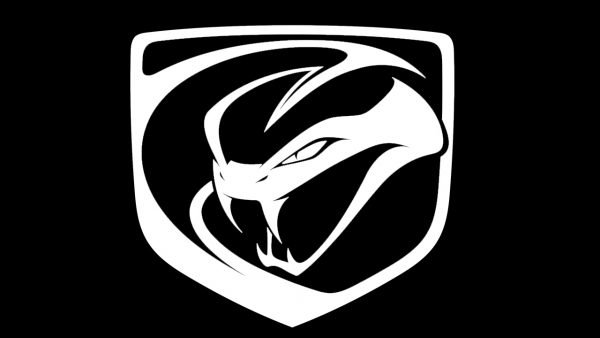 Apparently, the most obvious explanation of why the emblem features a viper is the name of the marque. As one of the premier American sports cars, the Viper seems to shout-out to its competitors: “yeah, I’m ready to attack, ready to become the king of the road.”

However, we should also point out that the snake is a very ancient symbol. Some of its most popular meanings are transformation and continual renewal of life. Among car brands using serpents on their badges are Alfa Romeo (Italy), Shelby (USA), and Zarooq Motors (UAE).