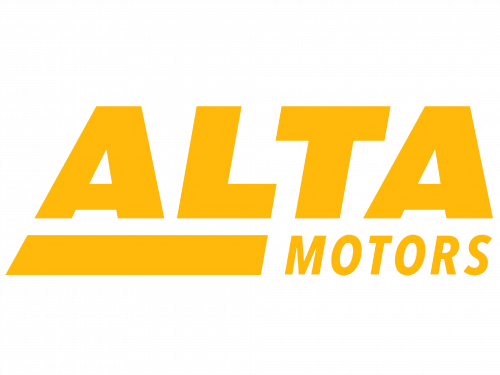 Alta was the name of a motorcycle startup, established in California in 2009. The company was focused on the production of electric motorcycles, using innovative technologies both for batteries and engines, and paying a lot of attention to design and details.

Alta started a la a very confident and interesting project. The idea of electric motorcycles was elevated by the company to a very height level. The Alta bikes were considered to be one of the most progressive and technological in the world, though the company ceased all operations in 2018.

The visual identity of the electric motorcycle manufacturer was very minimalist — based only on the name of the company — though it looked progressive and powerful, due to the use of intense colors and bold lines of the letters.

The logo was set in two lines — “Alta” in slightly slanted uppercase letters with a thick underline of “A” and “L” and a modest sans-serif “Motors” being a prolongation of the line. 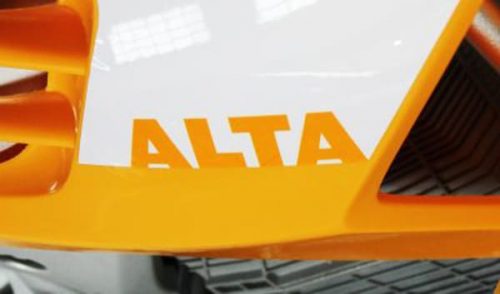 When placed on the motorcycles of the brand, the logo was usually shortened to just the “Alta” part, which could be placed on various parts of the bike, and changed its color depending on the background. The most common palettes for the emblem were yellow on white, or white on blue. 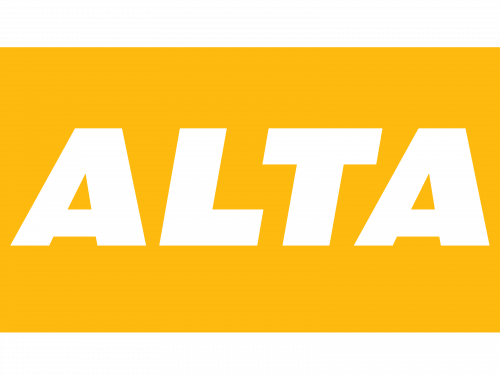 The Alta inscription from the official brand’s logo was set in all capitals of an extra-bold sans-serif typeface which is very similar to Tafel Sans Black It, but with slightly extended contours and elongated lines. As for the “Motor” part of the logo, it was also written in the uppercase, though used a more traditional and lightweight sans-serif, the one close to Avenir Next Pro Condensed Bold Italic or Fenomen Sans CN Bold Italic. 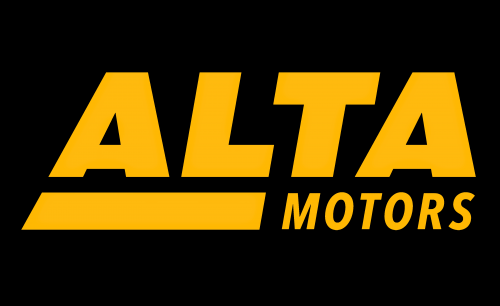 The color palette of the Alta visual identity was built around the intense and bright shade of yellow, which could be placed on a white or black background. In the first case, the logo looked energetic and fresh, evoking a sense of speed and freedom, while the black and yellow variant was more stable and confident.

Alta Redshift, the first motorcycle of the brand, was waited to become a Tesla among the bikes. It had a very stylish design and good technical characteristics, which allowed it to compete with classic fuel motorcycles.