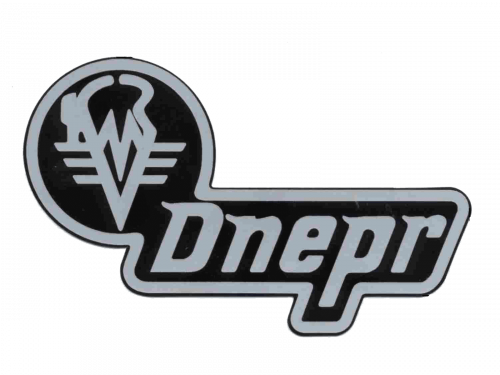 Dnepr the name of the Ukrainian motorcycle brand, which has been in production in Kyiv Motorcycle Plant (KMZ) since 1946. Dnepr is a heavy road motorcycle with a sidecar. Today, all heavy KMZ motorcycles are called “Dnepr”, although the original model, Dnepr K-650, appeared in 1968. Dnepr is often confused with another Ukrainian bike, Ural, because of the visual similarity of designs.

The Kyiv Motorcycle Plant started the production of motor vehicles back in 1946. The first model was a light class bike K-1B, called Kievlyanin. It was designed according to drawings on the equipment received under reparation from Germany.

In the 1950s the production of heavy motorcycle M-72 was established, a copy of BMW R71. Up to 1991 the plant had been successfully operating and producing new models of cars and motorcycles.

Everything changed after the declaration of independence of Ukraine and the transfer of the plant to the Ministry of Mechanical Engineering: production went into decline, the plant had changed hands, the property was sold and the premises were rented. Production of motor vehicles ceased in 2008. Today the iconic brand is making attempts to start its second life. 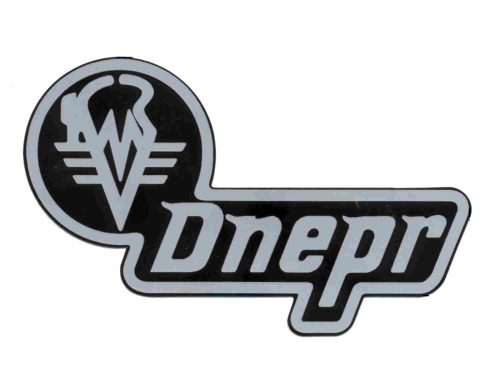 Though the visual identity of Dnepr has had several versions throughout the brand’s history, they all were based on one element — stylized wings, which stand for movement, progress, and speed.

The Dnepr badge is composed of a circular emblem with a star in the center and two stylized wings, spread straight to the sides. The wordmark is usually set under the badge, executed in black, and balancing the monochrome palette of the emblem. 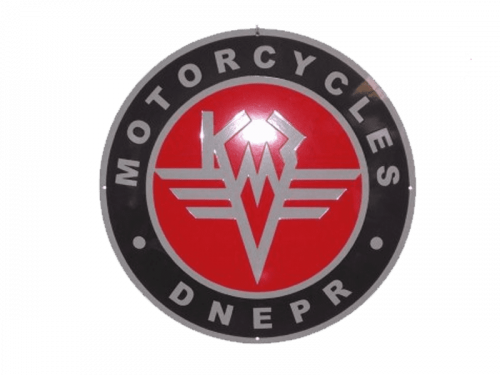 The simple Dnepr emblem reminds an aviation badge due to the shape of its wings, drawn in four thick horizontal lines of different lengths. The star in the middle symbolizes glory and power, while the circular outline represents wholeness and harmony, and the stylized wings stand for speed, motion, and progress. The simple emblem of the Ukrainian motorcycle manufacturer looks very delicate and timeless on the bikes of the brand, showing the company as a professional and confident one. 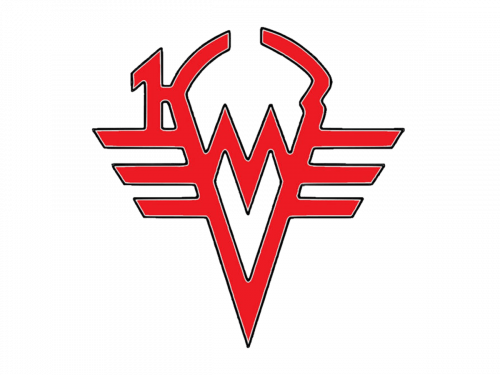 The capitalized Dnepr logotype, which is set under the emblem is executed in a simple rounded sans-serif typeface with its uppercase letters written in thick smooth lines. The Dnepr typeface is very close to such fonts as Arial Pro Rounded Bold and  BB Anonym Pro Semi Bold.

The color palette of the Dnepr visual identity is based on the black and white combination, which is elegant and masculine at the same time, brilliantly reflecting the strong character of the brand and the high quality of its vehicles.

KMZ designers developed a new MT-8 motorcycle of revolutionary, for those times, shape and design. And although its concept strongly resembled the look of the German MZ Trophy and partly Polish SHL Gazela, the Kyiv MT-8 had a lot of its details. And it was the first KMZ, which received the name Dnepr-1 and became the ancestor of the brand.

In 1968 KMZ launched the production of the K-650 model, which later was also called MT-8. It repeated the design of the K-750 but was equipped with a new engine. And in 1970 the Dnepr MT-9 went into production with the same classic design, reminiscent of the BMW R71.