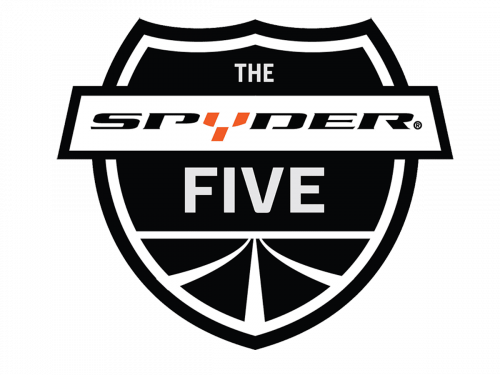 Spyder is the name of a vehicle, created by the famous Can-Am motorcycle manufacturer in 2007. This three-wheeler is more an ATV than Motorcycle and is known for its stability and power. Though the company calls Spyder a roadster, it uses all-terrain chassis, which makes it more of a trike.

Spider is a three-wheeled motorcycle — two wheels in front and one in the back. It boasts a Rotex engine with 100 Nm of torque, a volume of 996 CC, and 109 horsepower. The interior of the vehicle is made with special comfort, and you can truly enjoy the ride.

The seat here is helium, it’s just the right shape for your body. And if you consider the same helium backrest, we can confidently say that the passenger here feels like a king of the road. Next to the side holders, there is a music control unit, which is protected from moisture. On the left side, there is a heated knob unit. The remote control reminds me of a motorcycle but still differs.

The Spyder control unit is located in the back. The center button is the center trunk, the side buttons are the right and left trunks. The center trunk has a plug to connect the player to the onboard head unit. Also, there is a padded and roomy front trunk, which can easily accommodate two helmets.

The model was first released by the famous Can-Am in 2007, and is still in production, getting modifications and upgrades almost every year. 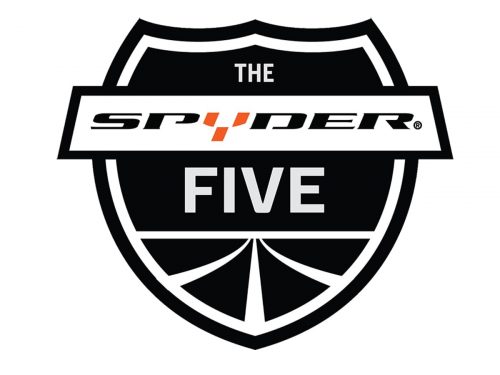 The visual identity of Spyder three-wheeler is bold and progressive. Composed of a custom logotype, it sometimes can be placed into a more interesting construction, depending on the needs of the brand.

The official logo of the famous Can-Am motorcycle features an italicized uppercase wordmark in black with the letter “Y” in the middle colored orange. 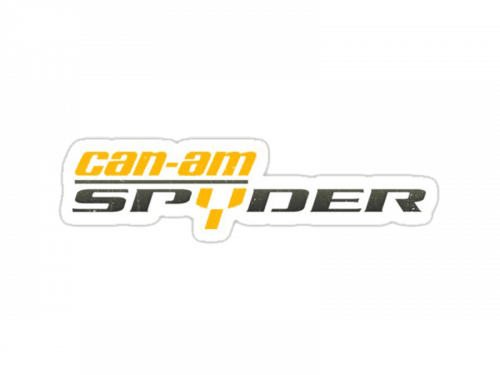 For the Spyder badge, its logotype is usually placed on a horizontally stretched banner, which crosses a two-colored shield. The shield can be executed whether in flat design and monochrome combination, or silver and white, but this is for the three-dimensional version. The color of the banner for the wordmark also varies depending on the badge style — from white to orange. 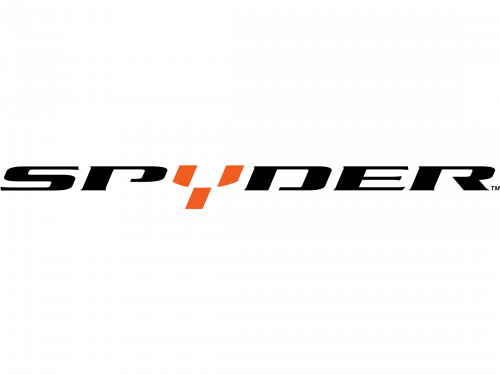 The Spyder logotype is executed in a custom stencil sans-serif typeface with the italicized letters written in thick lines. The extended inscription looks progressive and powerful, representing the character of the brand and all of its strong sides. The closes font to the one, used in the Spyder visual is probably Personalization Oblique, with similar shapes and solidness, though most lines modified.

As for the color palette, Spyder uses a simple yet bright combination of black and orange, placed on a white background for better contrast. Black here stands for confidence and fundamental approach, while orange makes the logo look more dynamic, adding energy and brightness.