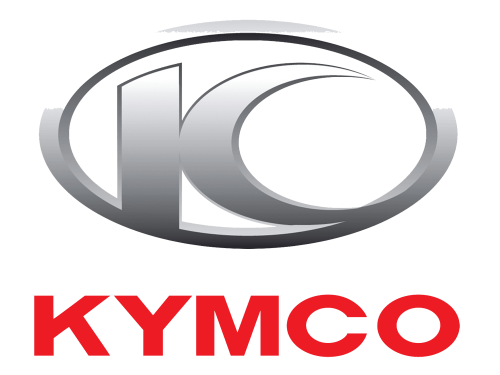 Kymco is the name of a famous Taiwanese motorcycle manufacturer, which was established in 1963, after being a Honda subsidiary, focused on the production of bike parts for the large Japanese brand. The full name of the company is Kwang Yang Motor Co, but for the international market, it was decided to shorten it to Kymco.

Kymco scooter brand is a trademark of the Taiwanese corporation Kwang Yang Motor Company is the largest manufacturer of motorcycle equipment in the country. Production of Kymco motorcycles and scooters began back in 1965 with Honda motor kits supplied from Japan.

By 1979 the company has acquired its own design and engineering office, which was able to design an independent model, which is not a copy of Japanese scooters, only by the early ’90s. By that time the company finally turned into a manufacturer of scooters, which occupy more than 70% of all products Kymco.

Over nearly half a century of its history, the company has become one of the largest manufacturers of motorcycles in Asia. Today the brand Kymco – it’s motor-equipment of its own design and manufacture: scooters and maxi-scooters with engines from 50 to 700 CC, light motorcycles with engines from 125 to 250 CC as well as a wide range of ATVs with engines from 50 to 500 CC. Kymco also has subsidiaries in six countries and produces more than six million units per year. Production achievements in recent years that deserve special attention are the Venox 250 Cruiser motorcycle with electronic fuel injection, the launch of the Kymco Xciting 500 maxi-scooter with a 500 CC engine.

Kymco is actively cooperating with other motorcycle manufacturers, delivers its OEM products for some models of the Italian company Malaguti, carries out the design of scooters for Korean manufacturers.

The visual identity of the Taiwanese brand is very traditional, ember memorable, and elegant due to the use of clean bold lines and an intense color palette. The logo is composed of an emblem, which is used for all purposes, and placed directly on the Motorcycles of the brand, and the logotype, set under it, which sometimes can be removed. 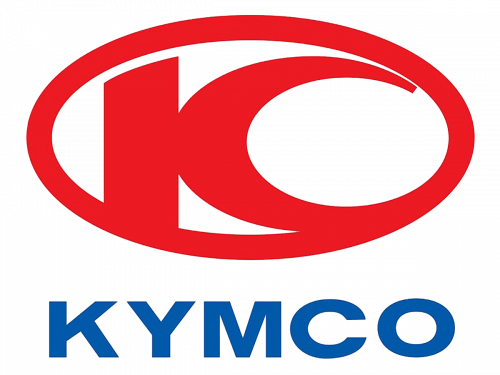 The emblem of Kymco is a stylized letter “K” enclosed into a horizontally oriented oval frame. The right part of the first letter of the brand is drawn line half-moon, or the letter “C”, which is also present in the name of the Taiwanese scooter manufacturer.

The Kymco logotype, written in all capitals looks solid and stable due to the use of a straight and strong sans-serif typeface, which looks very similar to such fonts as Venusian Bold Extended and Petty Despot NF but with some lines extended and modified.

The color palette of the brand switched between blue, red, and silver, the shades, which represent passion, speed, and reliability. When placed on the Motorcycles of the brand, the badge is executed in glossy silver, looking elegant and modest.

At the end of 2020, Kymco introduced the world’s first electric motorcycle equipped with a two-speed automatic transmission. The Kymco F9 is equipped with a 9.4 kW brushless DC motor with a maximum torque of 30 Nm. The engine is powered by a 96 V/40 Ah lithium-ion battery, which weighs 17 kg. At the same time, the battery is a part of the frame, so the total mass of an electric bike is more than modest: 107 kg. F9 has a two-speed automatic gearbox, which allows the unit to accelerate to 50 km/h in less than 3 seconds and develop a Max speed of about 130 km/h.