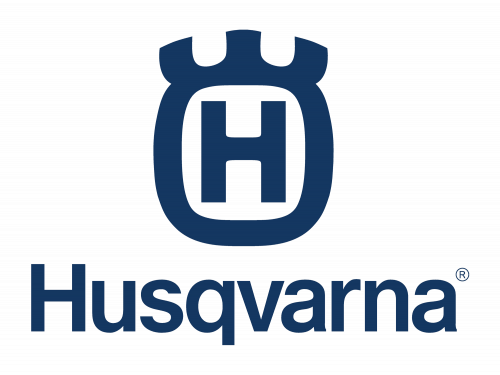 Husqvarna is the name of a famous motorcycle manufacturer, which was established at the beginning of the 17th century in Sweden as a firearms factory. The company changed its specialization to Motorcycles in 1903, and today it is owned by KTM and headquarters in Austria.

Husqvarna was born in the 17th century and for more than two hundred years it specialized in the production of firearms. Though at the end of the 19th century the company began producing bicycles. And already in 1903, the first Husqvarna motorcycle appeared. The brand’s debutant was equipped with a 1.5 HP single-cylinder four-stroke engine and belt drive of the rear wheel. The first Husqvarna bikes were equipped with Moto-Ruve, FN, and NSU engines, which were put on the frames of its production. The most popular models were motorcycles with two-cylinder bottom-valve V-type power unit Moto-Ruve 600 CC.

Where is Husqvarna made?
Most of the Husqvarna vehicles are being produced in Sweden, the motherland of the brand, and the neighboring countries. The err are also several production facilities all over Europe.

Before the First World War, Husqvarna had not gained much popularity, remaining a modest and small manufacturer, for which the production of motorcycles was one of the secondary activities. During the war, all the bike-related activities were completely stopped.

Though after the war was over, in 1918, Husqvarna signed a contract with the Swedish army and began manufacturing cross-country motorcycles. Around the same time, the brand began taking part in races. In 1920 Husqvarna launches an engine plant. The first engine produced there was a four-stroke V-twin with a capacity of 550 CC.

During the Second World War, Sweden adhered to neutrality, which gave some advantages to the brand. While its European competitors struggled to rebuild production, Husqvarna continued to grow. And never stopped progressing since that time.

In 1986, the brand was acquired by the Italian Cagiva company and became part of MV Augusta Motor SpA. The acquisition was followed by the production of Husqvarna sports bikes with two- and four-stroke engines with displacement from 124 to 503 CC. Besides, the company began producing road bikes.

After being a part of MV Augusta for more than twenty years, Husqvarna was bought by  BMW Motorrad Group in 2007. The German owner has not changed anything in the technical content of motorcycles, or marketing policy.

Who owns Husqvarna?
Since 2013 Husqvarna brand is owned by KTM AG, a famous Austrian motorcycle manufacturer, which headquarters in Mattighofen, Austria.

And finally, in 2013,  the BMW Group sold the famous brand to KTM AG. The company was renamed Husqvarna Motorcycle GmbH. Its headquarters were moved to the Austrian town of Mattighofen, where production continues today. 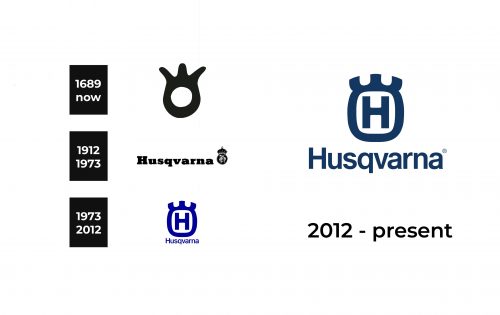 The visual identity of Husqvarna is truly iconic, based on the symbol, created for the firearms factory in the 17th century, it looks modern and minimalist, being instantly recognizable all over the globe and synonymous with top quality. 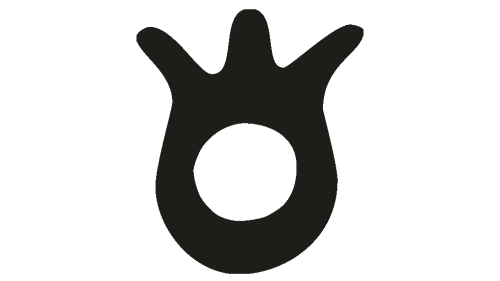 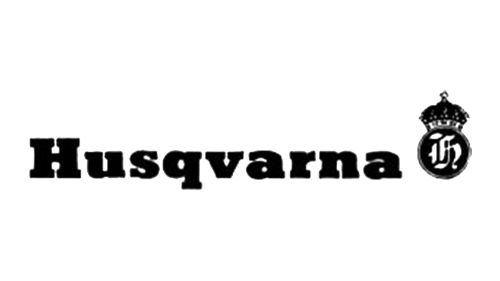 The first logo used for the Husqvarna motorcycles was designed in 1912 and stayed with the brand for more than five decades, setting a record in the company’s visual identity history. It was a traditional monochrome lettering placed on the left from the rounded emblem with the gothic monogram in the center and the crown on top of it. 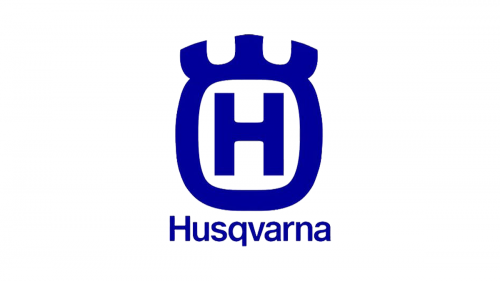 The redesign of 1983 brought the image we all can see today. It was a stylized blue crown with the letter “H” inside, and a title case inscription under the emblem. The symbol was based on the very first Husqvarna mark, used by the company since the 1680s. 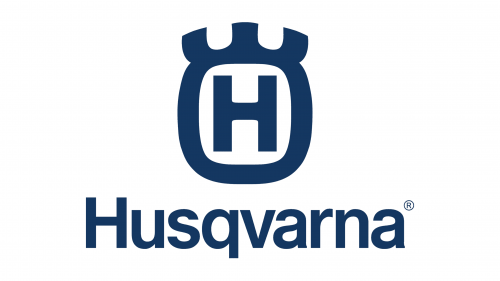 In 2012 the legendary logo was slightly modified — the bright blue color was changed to a darker and calmer version, which gave the whole image a more expensive and professional look. Another change was made to the wordmark, as now it is composed of “Husqvarna Group”, set in two levels under the iconic crown. 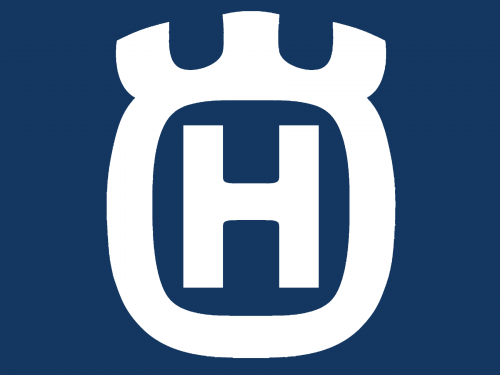 The Husqvarna logo represents the history of the company as a weapons manufacturer. The oldest version of its logo, created in the 1680s, repeats the form of the branding used on muskets, with a view over the barrel. As for the modern version, it is more modern and clean, showing the company’s progressiveness and value of the roots. 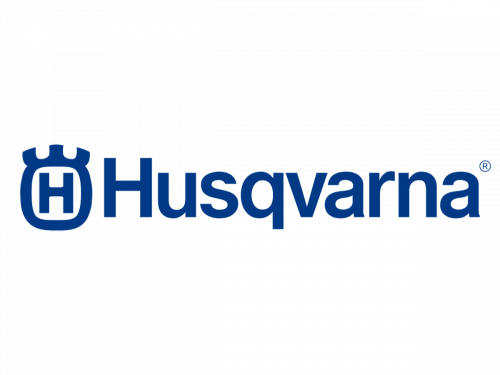 The modest yet confident Husqvarna logotype is written in title case and uses a clean and distinct Sans-serif typeface, which is very similar to such legendary fonts as Sequel Sans and Shapiro Max Heavy.

The blue and white color palette of the Husqvarna visual identity is a representation of protection, reliability, and high quality in everything the brand does.

In 1953, the famous Drombagen with a two-stroke single-cylinder motor of 174 CC and 9 hp power appeared. It was equipped with a three-speed transmission, pendulum suspension on the rear wheel, and a closed tubular frame. The weight of the motorcycle was only 75 kg. It became the prototype on which the sporty off-road variants of the brand were based.

In 1958, Rolf Tibblin successfully rode the Drombagen in several rounds of the European Championship. By 1959, the company had produced a special cross-version with a 250 CC and 20 hp motor.