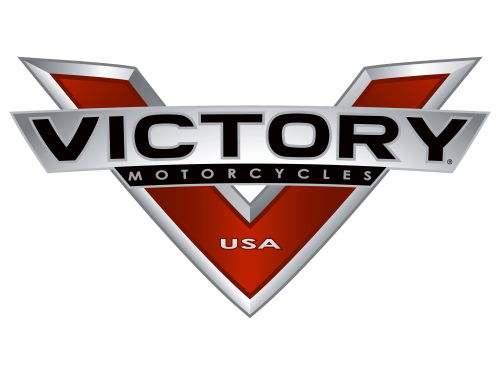 Victory is the name of the American motorcycle manufacturing brand which was established in 1997 and already by today became the main competitor of the iconic Harley-Davidson bikes. The brand is a part of the famous Polaris Group, which means it doesn’t have any problems with the quality of its products and their distribution.

The young American brand, which got to the top of the world’s motorcycle rating fast, Victory was established in 1997 in Iowa. The idea behind the brand was to create a 100% American bike, and Polaris decided to do it. The main task of the company was the development and production of competitive bikes.

In the shortest terms, engineers and designers of Victory had calculated the construction and created the model of heavy motorcycle-cruiser. The debut of the company’s pioneer model, the historic V92C, took place in 1997. It had an engine equipped with an electronically controlled fuel injection device, four-valve cylinder heads, and a hydraulic pusher. Its engine is equipped with a balancer shaft that reduces vibration. High-quality European-made components are built into the design of the model. The main advantage of V92C was the unique design, stylized in the models of bikes of the 1959s. Technical equipment, smooth features, lots of chrome parts, and the impressive weight of the machine conquered the experts and buyers.

The period of 2001-2002 was marked by the development and beginning of production of the new generation of Freedom. In 2003, a new model of Victory Vegas, a unique custom cruiser equipped with a standard engine and a five-speed transmission, was launched, winning many awards. During a demonstration performance, the model presented was honored with an award in Las Vegas. The popularity of the Victory Vegas model with customers served as the impetus for the development of this model in 2006.

Introduced in 2006, the Vegas Jackpot managed to raise the bar in the custom cruiser category. During the same period, the popular Vegas, Kingpin, and Kingpin Deluxe bikes were equipped with a more powerful engine and new transmission.

In 2007, to celebrate its 10th anniversary, Victory Motorcycles released a limited edition Vision Tour model in an edition of one hundred, which sold out within seven minutes. The bike won the 2008 Motorcycle of the Year award at the commemorative event. The Vision Tour was voted the most luxurious bike in the company’s history.

In 2010, Victory introduced a cruiser model with brutal character, called the Victory High – Ball. And in 2013, the Victory Gunner bike launched the company’s new generation of cruisers. The unique combination of timeless design, high performance, and an unforgettable riding experience make this model a dream come true for any self-respecting motorcycle racer.

In 2014, a Victory Hammer bike was introduced. It has an interesting history behind its development — the motorcycle was created with the help of teenagers recruited through the Horsepower program. 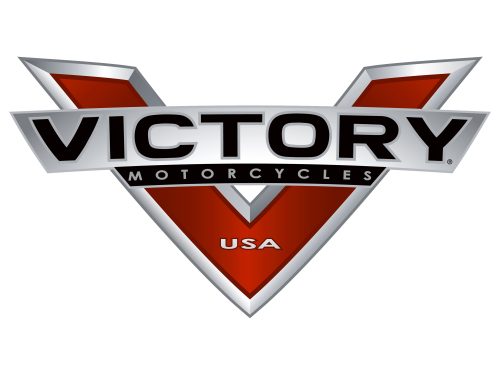 The logo of the progressive American brand is based on the first letter of its name, “V”, which is sharp itself, but gets its character elevated by a strong color palette and a wordmark, executed in a modern and stable sans-serif typeface.

Most offer the logo is just placed on a white background or the motorcycle of the brand, but sometimes it can be enclosed into an oval, which is stretched horizontally. This version of the emblem can be seen on the older models. 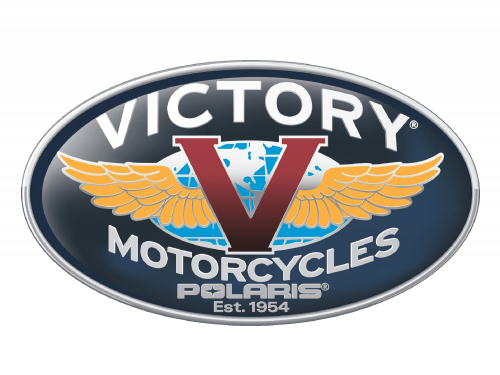 When enclosed into the oval frame, the Victory symbol is placed on a light blue globe background and has two smooth and elegant wings, coming out of its bars to the sides. The yellow wings add lightness and finesse to the brutal emblem with its sharp lines and angles. 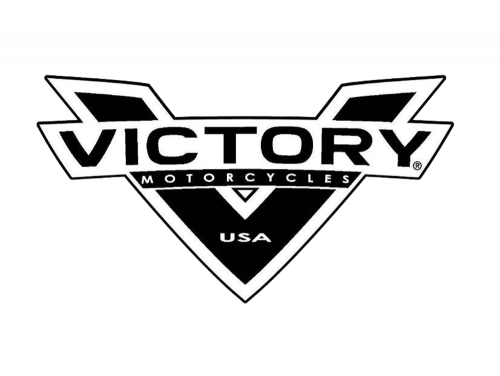 The bold uppercase inscription from the Victory logo is written in a solid modern sans-serif typeface, which looks strong and masculine in black color. The Victory font looks pretty similar to Tussilago Heavy and Resolve Sans Bold Extra, two powerful and wide types.

The official color palette of the brand is based on a calm and dark shade of red and silver, which is used for the outline and the horizontal banner with the wordmark. Silver adds freshness and makes the badge look brighter and more memorable.

Winning a significant part of the prizes, the V92C model was named “the best cruiser of the year” (in 1998) by the experts of the prestigious magazine Cycle World. To this day, the debut model V92C from Victory Motorcycles is considered to be the embodiment of a living classic of American motorcycles.

Several technical innovations, larger size wheels compared to the previous model, significant ground clearance and a modified driver’s seat allowed the company to present the V92SC SportCruise to the judgment of nicker and the motorcycle culture fans in 2000.