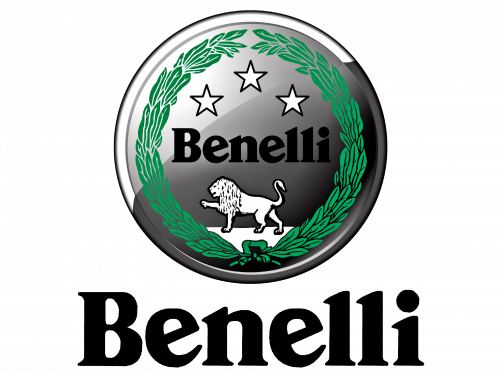 Benelli is the name of one of the iconic European motorcycle manufacturing companies, which was founded in 1911 in Italy and is rightfully one of the oldest bike manufacturers in the world. It all started with a motorcycle workshop where exclusive parts for bicycles and motorcycles were produced.

The first 75 CC two-stroke engine was introduced by the company in 1920. It was adapted to be mounted on bicycle frames. The model was constantly upgraded and in 1927 — 1931 won many Italian championships.

Right before the war, Benelli produces a four-cylinder motorcycle with a 250 CC engine. After the war, in 1951 the brand introduced a wide range of light 98 and 125 CC and heavy motorcycles, 350 and 500 CC.

In 1962, Benelli bought the Motobi brand, which increased production capacity and the number of employees.

In 1969, the model Benelli Tornado 650, popular in the USA and UK, was produced. It was distinguished by a combination of dynamic performance, reliability, and a top speed of about 180 km/h.

At the end of the 1990s, the company began a revival, releasing successful models such as sports bike Benelli Tornado 900 and TNT series.

Today Benelli is owned by the Chinese Qianjiang Group and produces a wide range of motorcycle equipment, from small scooters to powerful road bikes. At the moment Benelli brand production is concentrated in China, managed by a team of Italian engineers. Thanks to European technology and Chinese production, the line of motorcycles pleases customers all over the world. 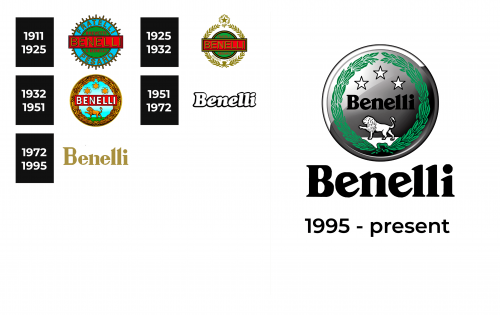 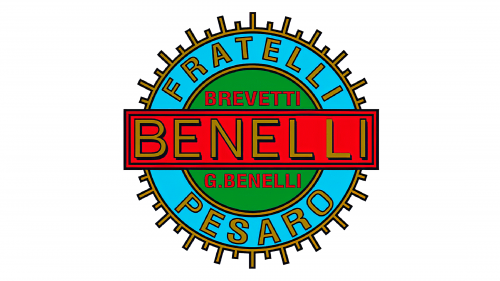 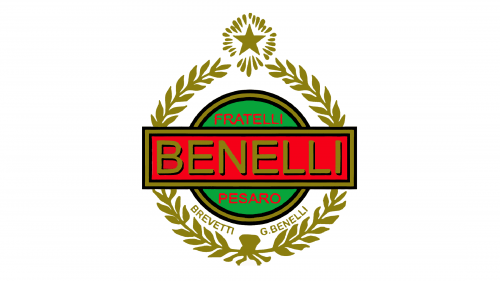 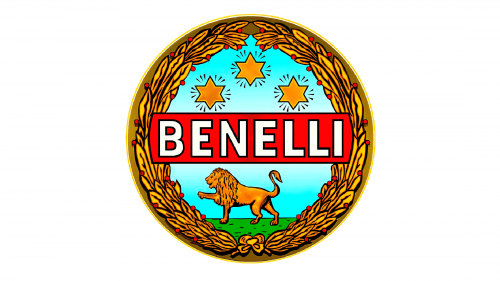 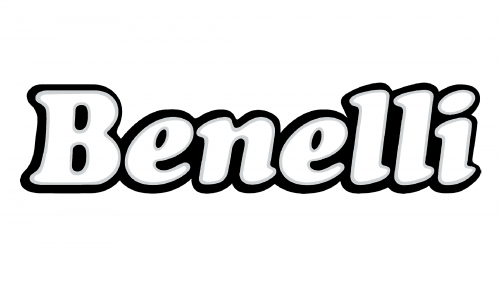 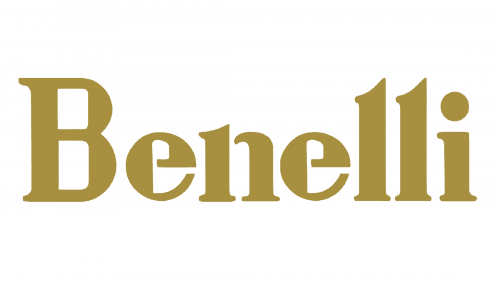 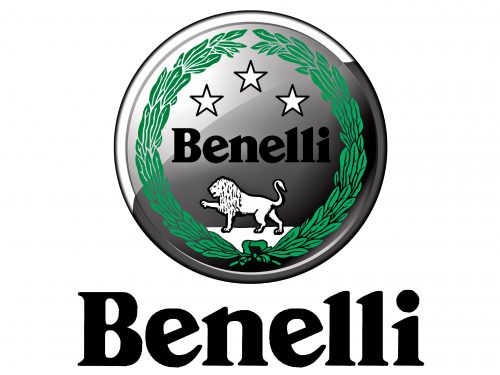 The visual identity of the Italian motorcycle manufacturer is fresh and strict, there is a strong and determined character in its modest and laconic badge, which hasn’t changed much throughout the brand’s existence.

The Benelli logo is composed of a wordmark in thick black letters and a circular emblem, which can be seen both in three-dimensional and flat variants. The emblem is usually used on its own, but sometimes can be placed above or on the left from the logotype. 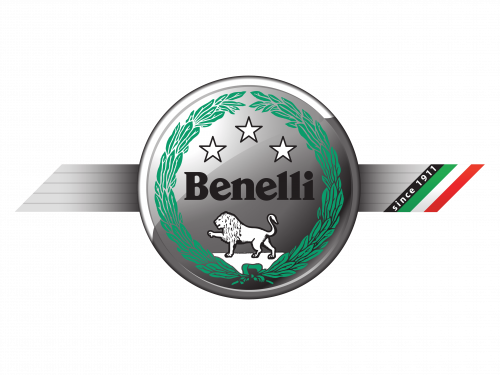 The Benelli emblem is a light gray or silver circular medallion with a green wreath around its interior perimeter. Inside the green ornament, there is a white lion placed on the bottom part of the badge, the black “Benelli” lettering in a custom typeface, and three white stars arched above it. 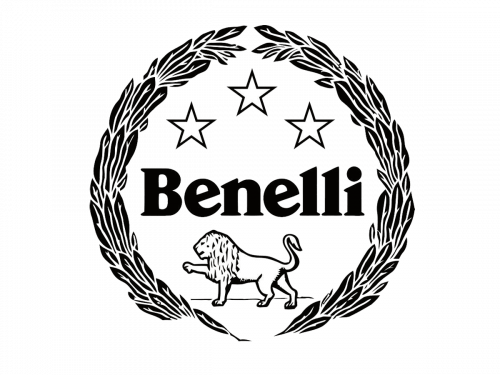 The Benelli logotype in the title case is executed in a sleek and smooth typeface with delicate serifs and diagonal cuts of the letters, with their angles softened. The type of the Italian brand’s visual identity is pretty close to such fonts as Bookmania Black and Verona TS Bold, with just some lines modified.

The color palette of the Benelli logo is composed of black for the wordmark, and a combination of silver, green and white for the badge, which also has some black details. This color scheme evokes a sense of expertise and authority, showing the brand as a professional one. Green stands for growth and success, while white points in the brand’s values of loyalty and transparency.

The two main bikes of the brand’s portfolio are Benelli TNT and sportbike Benelli Tornado. The Benelli Tornado is the only production motorcycle in the world with a radiator under the seat, allowing airflow through the two dynamic tubes at the front of the motorcycle.