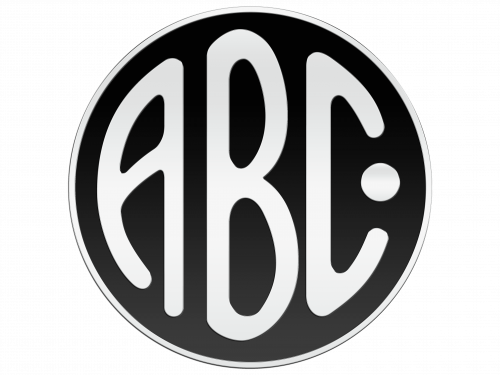 ABC Motors is the name of a former British company, which was specialized in the production of motorcycles and engines for them. The company was one of the industry pioneers and gave birth to motorcycles and scooters, which became the basis for many brands.

The ABC company was established in the 1910s, and its main specialization was aircraft engines. The first motorcycle was produced in 1914, and this is when ABC fully changed its direction, ceasing the production of engines.

In 1918 the 400cc motorcycle was introduced, and eight years later it was used as a prototype for one of the BMW models.

The company didn’t leave long and ceased its operations already in 1923, as the market got new players, which had more affordable motorcycles to offer to the public. 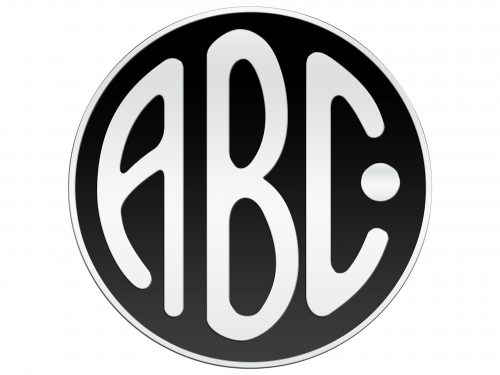 The visual identity of the British motorcycle manufacturer was designed in 1914, with the release of the company’s first vehicle. It was a circular badge with a bold smooth monogram on it. The lettering looked very progressive and stylish for its times, representing the brand as a strong and innovative one.

All capital letters of the ABC inscription were we exited in thick lines with rounded edges, and repeated the circular contours of the emblem, having “B” in the middle as the tallest letter.

Between the two ends of the letter “C”, there was a solid yellow dot, which added uniqueness to the logo and made it memorable and recognizable. 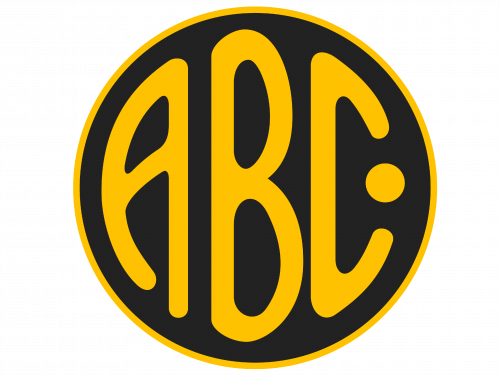 When placed in the motorcycles of the company, the ABC badge was executed in black, with white lettering and silver outline. The emblem also gained a double silver framing, with the thin inner one; and the thicker — exterior.

The lettering looked distinct and vivid with the silver contouring, and gave an emblem a more elegant and professional look, than on the black and yellow printable version of the logo. 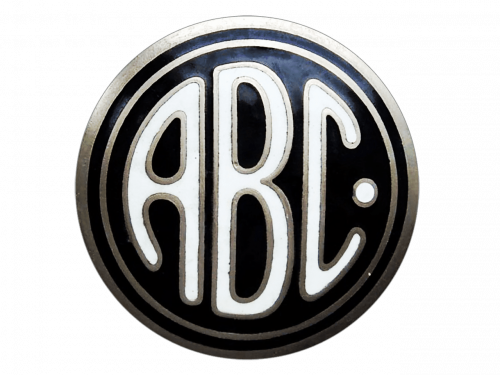 The bold and modern monogram on the ABC logo was executed in a handwritten sans-serif typeface with smooth clean contours of the letters and rounded ends of the bold lines. All angles were softened, which made the wordmark look friendlier and evoke a sense of caress and protection.

The official ABC color palette consisted of intense yet calm shades of yellow and black. It was a bright combination with strong contrast, which reflected the energy of the company and its professionalism.

The badge could also be seen in monochrome, looking more modest and laconic. As for the badge in the actual motorcycles, it was also monochrome, but with sleek silver details, which added confidence and stability to the list of the brand’s qualities.

Scotamota by ABC appears to be one of the first scooter models, which became a basis for many future brands, including Vespa. Two other famous ABC bikes are 400cc and 500cc, which both participated in several rallies.