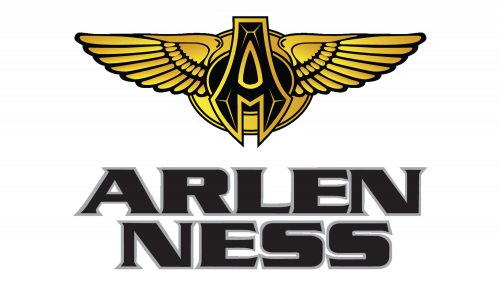 Arlen Ness is the name of a famous motorcycle designer, who was born in 1938 in the USA. The brand, named after its founder, was established at the beginning of the 1970s, and the first motorcycles were released. Today the company is focused not only on bike production but also on the manufacturing of spare parts.

Arlen Ness has been designing custom motorcycles since the early 1970s, and gained extreme popularity very fast, due to his unique and recognizable style. The designer took his inspiration in iconic car models, such as Bugatti and Ferrari, and transferred his feeling of their shapes and speed to the motorcycles. The last bike designed by Arlen Ness himself was the Mach Ness (2005), and since that time most of the models were created by Arlen’s son and grandson. Arlen Ness died in 2019, but his brand keeps living and prospering. 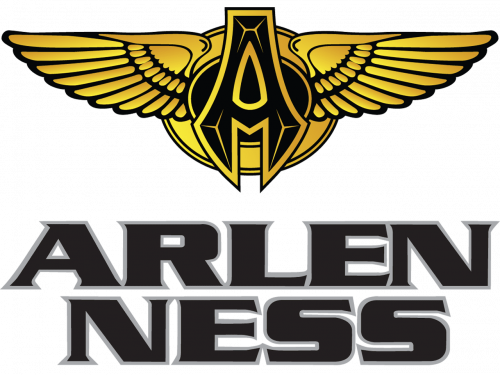 The Arlen Ness visual identity boasts a sleek and sharp design, brilliantly representing the essence and spirit of the famous brand. The logo is composed of gold and black emblem, and bold white lettering, which is usually set in two lines, in the right or under the badge.

The primary version of the logo features a modern shield placed between two golden wings, symbolizing freedom and speed. Though when placed in the Arlen Ness bikes, the logo is usually simplified to just a crest. 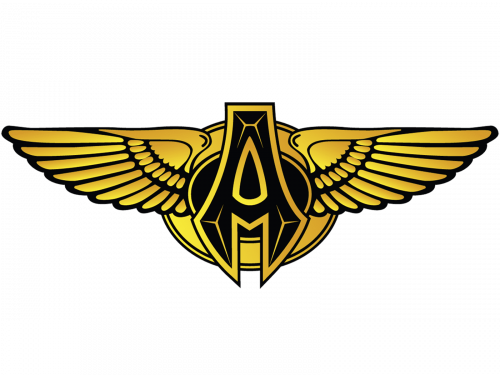 The Arlen Ness crest has an arched top with sharp peaks and smooth sides. The main part of the shield is executed in plain white or silver (depending on the placement) and has a stylized black letter “A” on it. To balance the letter, the crest is usually outlined in black. 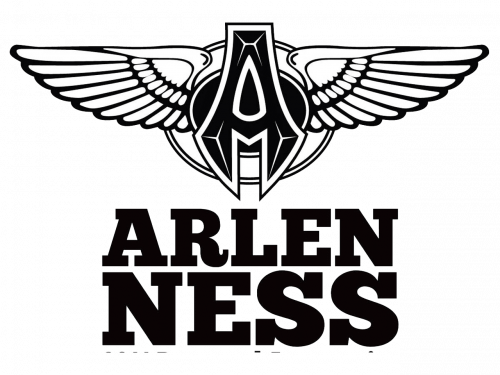 The Arlen Ness logotype in the upper case is executed in a bold custom typeface with horizontally stretched letters and sharp elegant serifs on the ends of the lines. The custom font of the brand’s visual identity looks close to Dungeon RR Extra Bold and Serpentine Std Bold, though with some lines modernized and contours extended.

The original color palette of the brand’s logo is based on the classic tricolor — black, white, and gold. This combination evokes a sense of professionalism and style and makes the badge of Arlen Ness timeless and memorable. 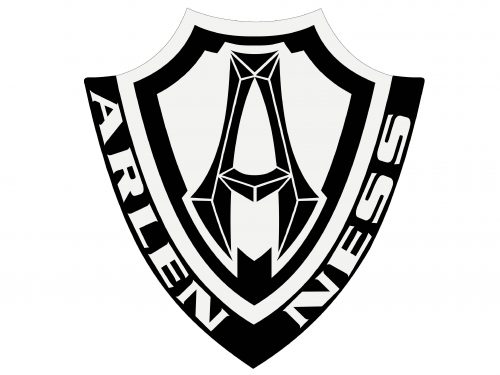 Each of the Arlen Ness bikes can be called a legend, as they all are unique and boast awesome designs and top quality. Though, the Mach Ness, created in 2005, deserves special attention, due to its futuristic look, inspired by a turbine.