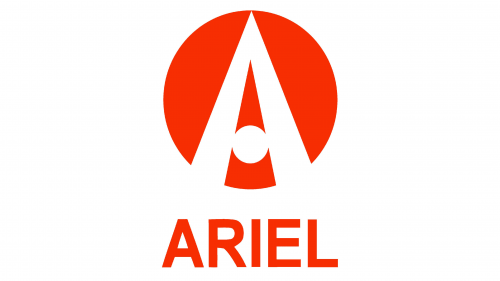 Ariel is the name of a former British motorcycle manufacturer, which was established in 1870 and started with the production of bicycles. The first motorcycle was released by the brand in 1902. Throughout its pretty long history, Ariel managed to design and produce some truly iconic models and gained a good reputation for the international market.

The bicycle manufacturing business was created by James Starley and William Hillman in 1870 in Birmingham. For the first thirty years of its existence, the brand was successfully providing England with bicycles and tricycles.

The company was acquired by Components Ltd in 1902 and the w first Ariel motorcycle was manufactured in the same year. It got the name “Arielette” and had three words and two strokes.

The last model under the Ariel brand was produced in 1970. It was Ariel 3, a tricycle. 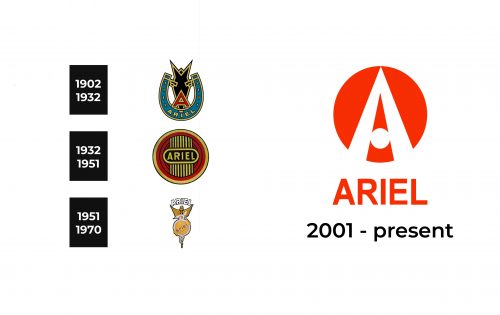 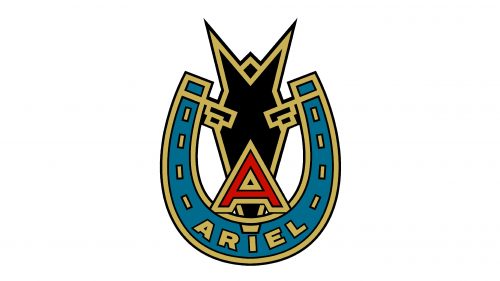 The visual identity of Ariel was based on a very elegant yet laconic badge with bold lettering in the middle. A circular emblem with a burgundy background and a thick gold framing looked professional and bright, while the horizontally oriented banner in the center of the badge was set in black, and had gold capital letters on it.

The central part of the emblem had a vertical striped pattern in gold and black, resembling a classic column. 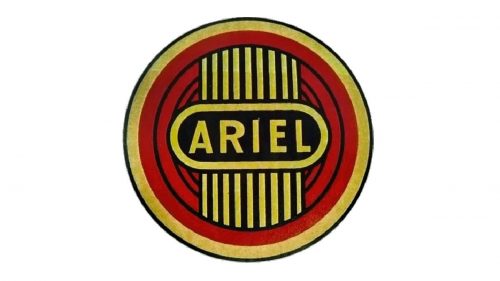 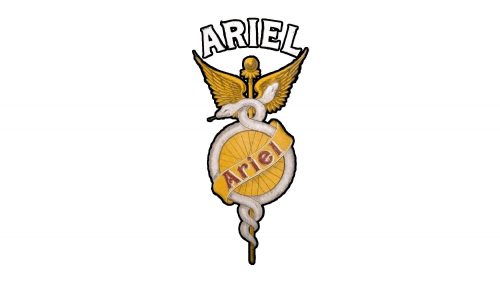 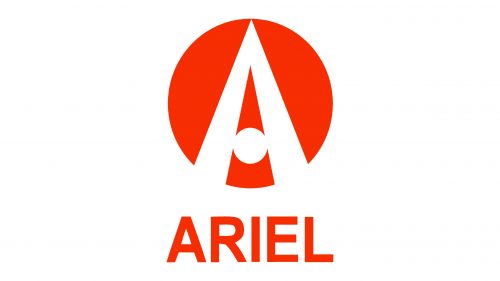 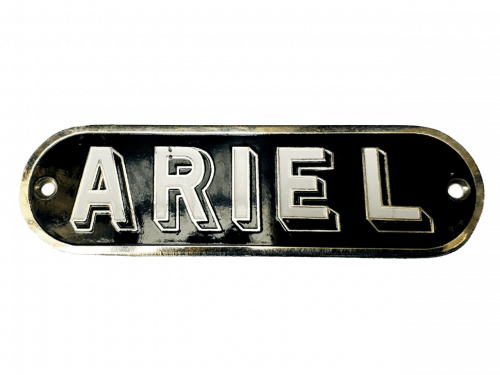 The symbol of the British motorcycle manufacturer boasted a light yet delightful color palette and sleek smooth shapes. It was a yellow wheel “outlined” with the white snake, which had its tail intertwined with the thin gold vertical line, set behind the wheel. The “Ariel” lettering was diagonally placed on a smooth yellow banner, and sometimes additional wordmark was used — arched above the emblem. 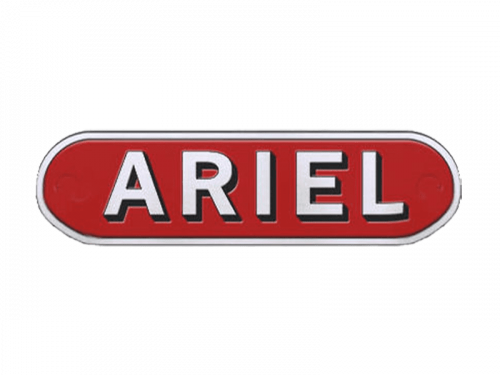 The Ariel lettering from the official badge of the brand was set in all capitals of a slightly narrowed sans-serif typeface with clean straight lines and neat contours. The typeface of the logo was handwritten, though resembles such fonts as Opinion Pro Extended Extra Bold and Science Fair JNL.

The burgundy and gold color palette of the Ariel logo is a reflection of the professionalism and the value of the quality. The combination of two royal colors is complemented by black details, which add professionalism and stability to the overall look of the badge.

The most well-known models of Arial were 350 CC Red Hunter and Square Four, which was refreshed and modified several times throughout the years. As for the very last model of the brand, Ariel 3, unfortunately, it was a complete disappointment, which failed.