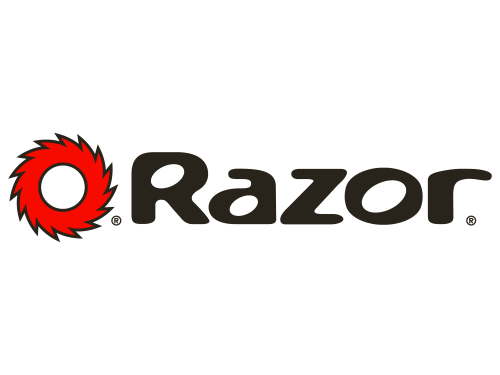 Razor is the name of the young American manufacturer of scooters, which got popular all over the globe after the launch of its first scooter production. The company is known for using the latest technologies for the design and manufacturing of its products and has a wide portfolio of models available.

In 2000, a group of enthusiasts from Southern California invented and patented their first product – the Razor A Model folding scooter for kids. Customers loved the compactness and practicality of the first Razor scooter. Riding it turned out to be so much fun that both adults and children began to use the scooter for daily rides.

The toy turned out to be a bomb: that same year the young company Razor exploded the market, selling more than five million A Model scooters.

Since then, more than a hundred sports and children’s products have been developed under the Razor brand.  Innovation, the highest quality, and the availability of products allowed Razor to become one of the leaders in the markets of the United States, Europe, and Australia. 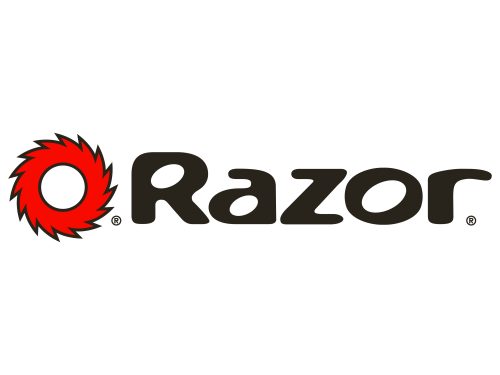 The visual identity of a progressive scooter manufacturer is composed of a bright and instantly recognizable emblem, placed on the left from the custom and smooth lettering, executed in a fancy bold and soft typeface. The red and black color combination created a strong contrast, which balances the contrast in shapes and lines of the logo elements. 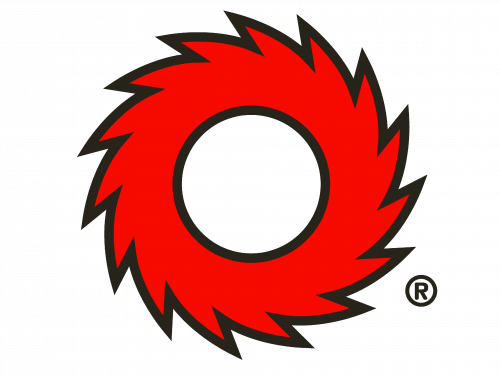 The symbol of the brand is a red circular razor with numerous sharp blades, turned to the right, which creates a sense of motion and dynamics. The red emblem light looks too simple, but it brilliantly reflects not only the Razor name of the company but also its philosophy and main values. The sharp design, innovative technologies, and progressive approach to manufacturing.

The Rasor logotype in the title case is executed in a custom sans/serif typeface, which was designed exclusively for the brand and has no commercial analogs. The main thing about the Razor lettering is the thickness of its lines and smooth softened angles. There is some resemblance of the brand’s typeface to such fonts as Starman Sans and Nondy Regular, but with the lines and contours strongly modified.

The color palette of the brand’s visual identity is based on red and black, a combination, symbolizing power, passion, and strength. This palette also makes it possible to place the logo on almost any color of the background without losing its brightness and recognizability.

Besides its regular electric scooters, the famous American brand is the world’s leader in the production of scooters for kids, and many of the brand’s models have already become iconic.

The Razor Pocket Mod Bella is a great gift for girls ages 7 to 14. It has a very simple, and therefore reliable device. It reaches speeds up to 24 kilometers per hour, is equipped with a handbrake system, a smooth throttle handle, and a battery that provides a continuous power reserve of up to 50 minutes.

Razor Pocket Mod Betty – another predominantly female version of the children’s electric motorcycle, which in characteristics is almost similar to the previous model. It differs in a different painting (purple vs. pink) and some other insignificant features for selection.

Razor Pocket Mod Vapor – excellent electric motorcycle for boys from 7 to 14 years, on which within 50-60 minutes you can reach a maximum speed of 24 km / h, which is enough to ride with the wind! A hand-operated rear brake will allow for emergency braking, and a twist handle will allow you to smoothly build the power and speed of the vehicle. If necessary, you can put the bike on the center stand.