Aeon is the name of a modern motorcycle manufacturing company, which was founded in Taiwan in 1998. The rights are owned by Aeon Motor Co. Ltd. The brand is known as a quality supplier of machinery and automotive products, in particular, scooters and motorcycles. The main qualities of motorcycles of this brand are reliable engines, high-quality assembling, modern design, a wide range of products, and reasonable prices.

The Taiwanese manufacturer of scooters, quads, and minibikes was originally founded in 1970, but for the first 28 years, Aaron was engaged only in the production of plastic parts for motorcycles and scooters. So the official birth of the Aeon motorcycle brand happened in 1998.

In 1998, the company began a rapid growth with a significant expansion of production, and already in 1999 it obtained the international standard ISO 9002 and launched mass production of quads. Since 2000, more than 50 thousand bikes per year are being produced. Today the company specializes in the production of scooters and motorcycles. 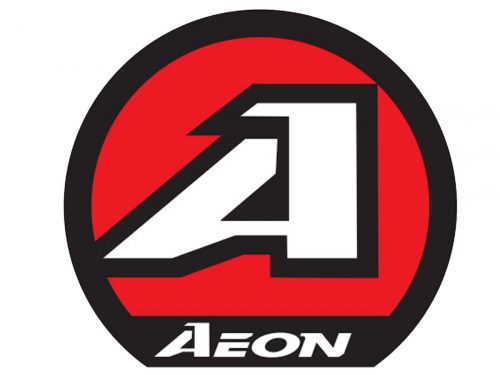 The Aeon visual identity is bright and powerful. The logo of the Taiwanese manufacturer is composed of a circular emblem with an additional wordmark, which is not always used by the brand. As for the changes, Aaron is pretty consistent with its image, so the badge was only refined and slightly modernized throughout the years, without any major changes. 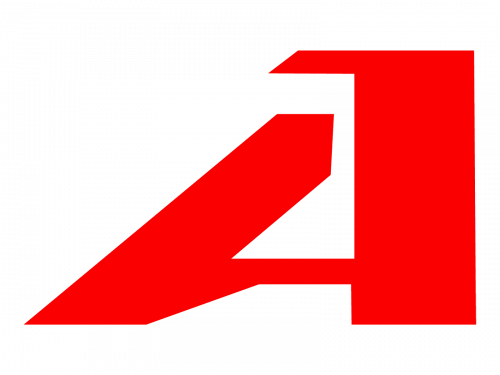 The Aaron emblem boasts a red circular badge with a white and red stylized “A” on it. A bold and sharp letter has a thick black outline, which makes it look stronger. The white “Motor” lettering is written under the “A”, though sometimes the emblem is being accompanied by a white “Aeon” inscription in the same style as the “A” on the emblem. 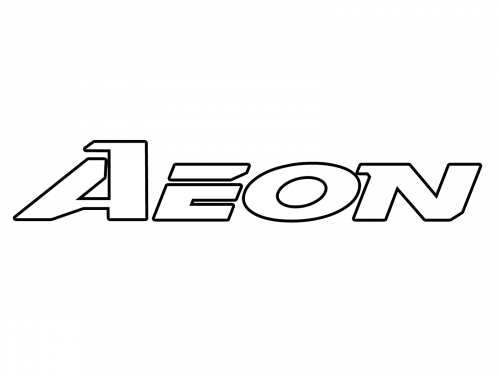 Both text parts of the Aeon visual identity are executed in custom fonts, which don’t have any analogs among the available commercial types. The “Motor”, placed on the badge, is written in an italicized sans-serif with the first letter in the lowercase. This font is pretty close to Sofachrome Book Italic, but with some lines and contours modified.

As for the color palette, Aeon uses a classic and powerful combination of white, black, and red. This scheme reflects the strength and professionalism of the brand, pointing to its determination and progressive approach to all processes.

The Aeon portfolio includes several models that became very popular across the globe, for their good quality and affordable pricing. Though the most famous bike of the Taiwanese brand is Cobra.