Most people think that the Saturn logo represents the planet and its ring. However, it’s not exactly the case!

To gain an insight into the meaning of the logo, you need to understand that the company was not named just after the planet. Between 1966 and 1973, NASA created several rockets under the Saturn name. These rockets were rather successful, one of them even took people to the moon in the 1960s. According to the company, the creator of the brand’s name was Phil Garcia from GM Design Studio.

So, the car brand was named both after the planet and the rockets. If you take a closer look at the Saturn logo, you will see that this idea is reflected in the picture perfectly well. What at first glance appears to be a planet with a characteristic ring, can also be a rocket plume circling a planet. Interestingly enough, the choice of font is also one of the arguments in favor of the “rocket” hypothesis: in fact, the letters look very much like those used on the Saturn V rocket.

Where did the emblem appear? 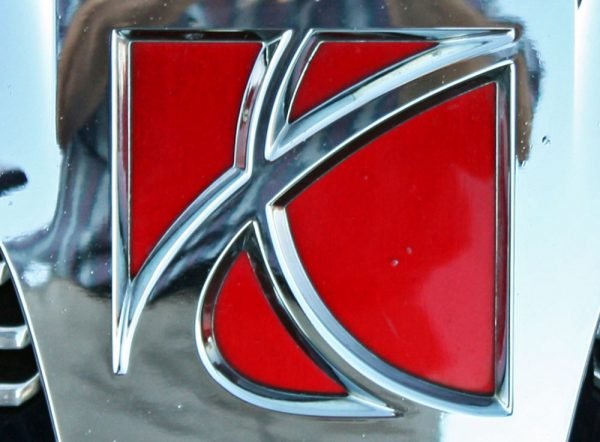 General Motors manufactured cars under the Saturn brand. Although the Saturn Corporation was GM’s subsidiary, it had its own assembly plant and unique models. The original range includes actually only one vehicle, with three versions: SL, SC, and SW.