In 1926, two carmakers Daimler-Motored-Gesellschaft (DMG), founded by Gottlieb Daimler, and the Benz & Cie firm founded by Carl Benz, merged together and formed a new company under the name of Mercedes-Benz.

There is a curious fact: two car plants were in the distance, not more than 100 km from each other, although they had not known about the existence of each other before. After the Second World War, the companies formed the syndicate, where each one produced cars under its own brand, but the procurements and advertising were executed jointly. Thus, the consortium “Daimler-Benz” was born.

The three-pointed star introduced in 1909 was not the first version of the Mercedes-Benz logo. Seven years earlier, in 1902, the company used another emblem – the word “Mercedes” surrounded by an ellipse.
Originally Daimler-Motoren-Gesellschaft trademarked not only a three-pointed star logo but also a four-pointed star. However, the latter was never actually used on the company’s cars.

The sonorousness particle “Mercedes” joined the name in 1900, when the prosperous European businessman Emil Jellinek bought up the Daimler Company and started to create more perfect cars with modernized engines. In honor of his ten-year-old daughter named Mercedes, the loving father Emil named his company. The full name sounded as Emil Jellinek-Mercedes (afterward, it became Mercedes- Benz).

On the 26th of March, 1901, the three-ray star was officially patented as the firm sign of the Mercedes Company. The company logo in the form of a star has its history, which was expanding very harmlessly and not as tensely as the company name. Thus, for example, the three-ray star Mercedes is widely known as a symbol of the fact that the motors being manufactured by this company are used on the ground, in the sky, and on the water. But the star premiered in the letter of the founder of Mercedes, Gottlieb Daimler, to his wife.

With this star he marked the place of the location of the new house of his family in German city Doitts with the caption “someday this star will loom above the roof of my car factory, symbolizing prosperity.” His sons adapted the symbol under the company logo in 1910. Another version is that it signifies three people who gave life to Mercedes: Wilhelm, Emil Jellinek, and Mercedes Jellinek. 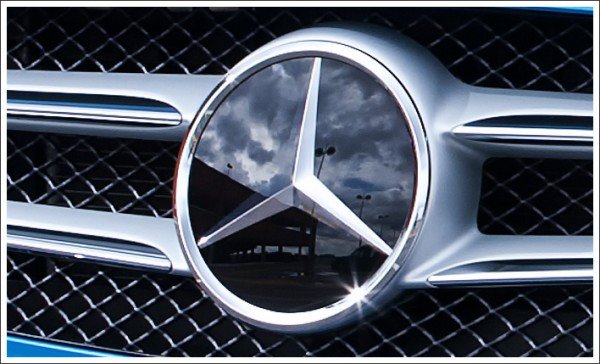 The Mercedes symbol, the three-radial star, originally in a laurel wreath or in a circle, became the symbol of the two companies merging.

There is one more history, which is attributed to the three-beam star appearance. It is told that a figure of a woman with wide-set feet and hands raised high above the head is inserted into the circle. This insignia echoes of ancient times, when women’s heads or woman figures were carved in the snouts of ships. This symbol was considered a protective amulet of a ship. Thus, on Mercedes, the goddess protects a car in a cruel asphalt jungle. 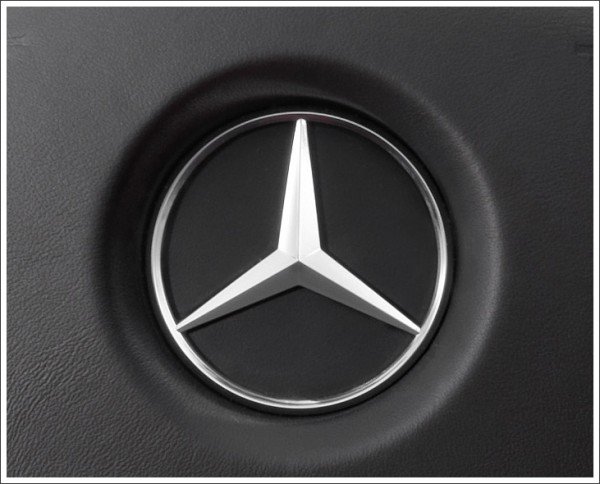 The colors that one can see in the Mercedes logo are black and silver. The silver color features sophistication, creativity, and excellence. The black one stands for elegance, integrity, and purity. 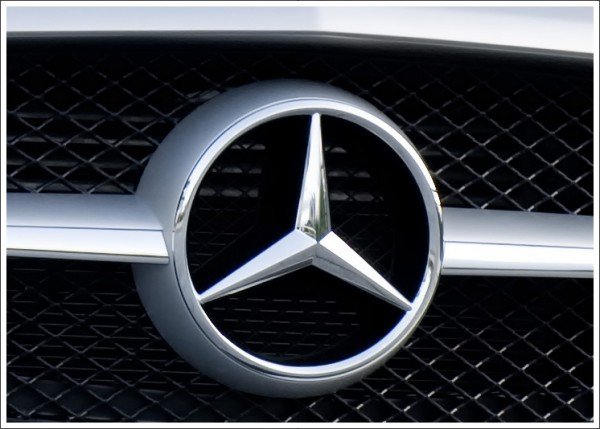 The Mercedes-Benz emblem represents the Corporate ASE type of letters. The Mercedes brand takes the 11th place in the world. This car make is the costliest in Germany. Specially or inadvertently, the creators of the Mercedes emblem filled it with the certain sense which was enshrined forever. The associations which this car causes are constant: quality, conservatism, reliability, prestige, and safety.

In 2007, the concern was renamed Daimler AG. At present, the Mercedes Company is a unit of the Daimler AG concern. The company headquarters are in German Stuttgart.

E-Class of the W213 series is represented in brilliant Mercedes present. The autos of this class are produced on the module MRA platform with the front two-lever suspension and rear multi-lever suspension. But the future generation of the most popular model in the history of the Mercedes make will receive several ultra-modern systems. For example, the matrix Multibeam light-emitting diode headlights of the new generation consisting of 84 diodes each will become the decoration of the frontal automobile part. The adaptive cruise control with the understeer control function now runs at a speed of up to 200 km/h, providing the Е class with the ability to speed up, brake and pass gentle bends on its own. There will be even the Speed Limit Pilot system, which will read information off road signs and use data of a navigation system. And 23 sensors will provide active safety of a Mercedes car.

Also, Mercedes’s engineers have already created a model F 015 with independent control. This is a car of future.