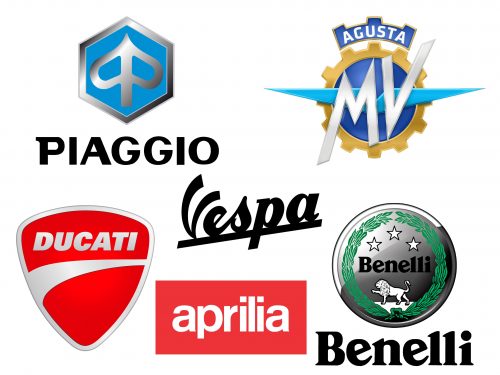 Italy is a country of style and design, though technologies are also there. Italian motorcycles and cars have earned a perfect reputation around the globe for their reliability and appearance. This European country gave birth to many iconic brands. Today there is barely any person in the world who would not have heard such famous names as Ducati or MV Agusta. Pleasant dynamics and unique design have made these bikes some of the best selling in the world market.

Italian motorcycles are not limited to the developments of the Ducati group.   Speaking of the Italian bikes can not fail to mention a couple of leading brands, which joined the list of the most desirable in the world of the moto. These are Aprilia, Benelli, Piaggio, and Vespa. Each of these manufacturers is very recognizable.

The above-mentioned machines are considered to be some of the best motorcycles and scooters on the planet. Experts admit that in many respects, Italian motorcycles have no equals at all. This is a country that has long been proud of its high-speed iron horses. Bikes from Italy have conquered many competitions. They are constantly on the list of favorites in all kinds of racing tournaments. 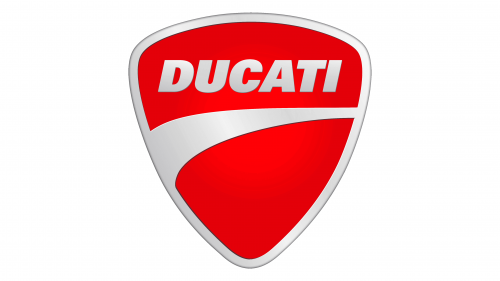 Ducati is definitely the most successful Italian motorcycle company. It began its history, like most companies, not with the production of motorcycles, but later succeeded in it quite well. The story started in 1926 when the Ducati brothers founded the company in the Italian city of Bologna. The company was focused on the creation and repair of various radio equipment.

Already by the and of the 1930s the plant of Ducati had about 7 thousand employees. Except that with the start of the war, the firm’s production was hampered. They produced radio equipment and scopes for the army. The first idea to create motorcycle production appeared in 1944, when a motor for a bicycle was created. The crisis of the Ducati brothers’ business, forced the idea of new production.

The failure of the idea prompted the company to redirect the organization to the creation of auxiliary engines for bicycles. Thus, more than fifty years ago, the company began motorcycle production. Already in the 50th year, the Ducati-55 came off the assembly line. This was the first complete full-fledged moped. After that, the company went through a lot of trial and error, bringing something new to its units.

Improvement in technology brought the company to the top level. On the world sports scene, Ducati motorcycles occupied and still occupy the highest places. 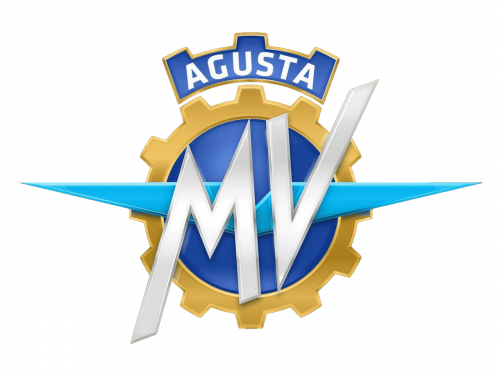 The second successful Italian company is MV Augusta. The plant of the company was engaged in the production of heavy metals until 1943 when it started suffering from the crisis brought to Europe by World War II. Then, by the end of 1945, the owner of the company came up with the idea of parallel development of motorcycle production.

The main task of the brand was to create a lightweight motorcycle. The first bike released by the company hit the headlines at once. This moped with a 98 CC engine and two-speed gearbox was called Vespa. After the war, the love for motorcycle racing returned, and MV Agusta became an integral part of motorsports. Their fast and beautiful bikes were popular both on the tracks and in everyday life.  Already in 1948, the first racing machine was created, it was named Veghera.

Today, the company has become world-famous, and more than once won sports competitions at the world level. Many famous designers, including Daniele Peligra, took part in creating the motorcycles for MV Augusta. 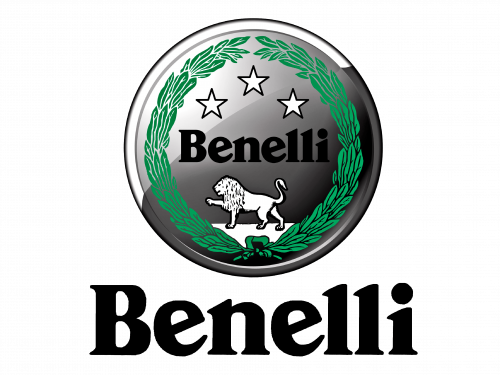 Another large manufacturer of motorcycles from Italy is Benelli. Founded in 1911 in Pesaro, it is a well-known brand of motorcycles and scooters. At the moment, the company belongs to the Chinese Qianjiang Group.

The history of the company began in Italy in 1911, which makes Benelli one of the oldest manufacturers of motorcycles in Europe. Initially, the company was a simple repair shop, which, however, could produce the necessary spare parts for bicycles and motorcycles. Its first 75 CC two-stroke engine Benelli was introduced in 1920. It was immediately adapted to the bicycle frame, and the next year the company released a motorcycle with an upgraded 98 CC engine.

At the end of the 1990s, Benelli caught a second wind, releasing successful models such as sportbike Benelli Tornado 900 Tre and a series of TNT. Now the company belongs to the Chinese Qianjiang Group and produces a wide range of motorcycles, from small scooters to powerful road bikes. 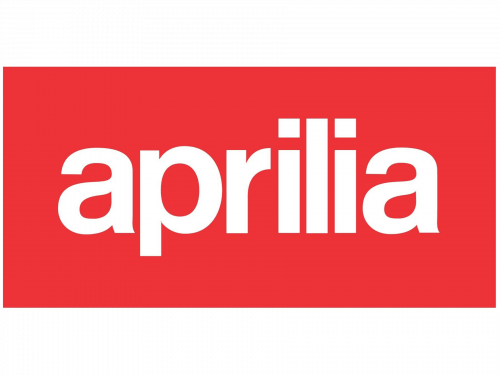 The history of the company began after the Second World War, in 1945. The company for a long time specialized in the release of scooters and small compact bikes, but at present, mainly powerful and speedy sports motorcycles are produced under this brand. However, scooters and maxi-scooters did not go anywhere either, which is not surprising, since Aprilia belongs to the Italian Piaggio Group.

Italian motorcycles Aprilia at the moment is known mainly to fans of sportbikes because the basis of the model range of this company at present is exactly the motorcycles of this class, and very powerful, with a liter engine. The distinctive feature of the bikes of this brand is that they are usually equipped with V-shaped engines, due to what they sound more like some powerful choppers than a typical sports bike. There are also touring enduros, such as Aprilia Pegaso, in the model lineup of the Italian company. 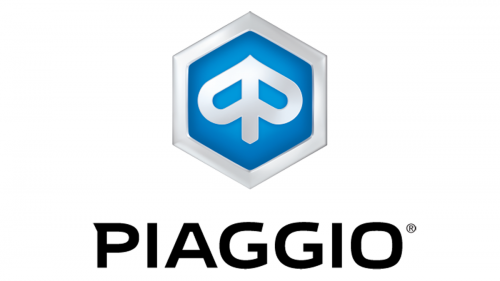 The Italian motorcycle brand Piaggio began its history in 1884 as a woodworking company and in 1887 as a shipbuilding company. In 1916, the company started to develop the aircraft manufacturing line. Only with the end of World War II, Piaggio began to develop light motor vehicles, very much in demand in ruined Italy. In 1946, the company’s first model was the light scooter, Vespa. The machine had a frameless design and gained huge success among consumers. 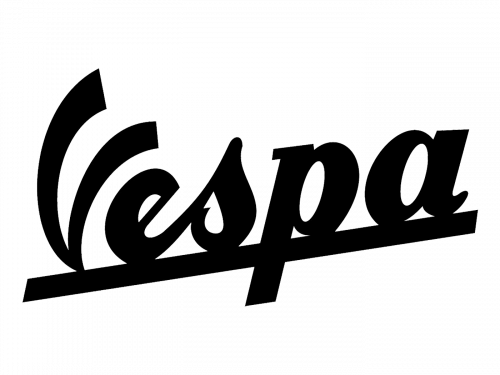 Vespa is a brand of iconic Italian scooters. It has been produced by the Piaggio Group since April 1946 up to now. It is the ancestor of the European scooter design school and the first successful scooter in the world. In 2004, the company introduced a hybrid gas-electric scooter and a scooter with two wheels in front and one in back.

In September 2018, the production of an electric version of the Vespa Elettrica scooter with a 2 kW battery and a range of 100 km on a single charge was launched. That model was introduced to the market at the beginning of 2019, being one of the most progressive and stylish electric models in the market. 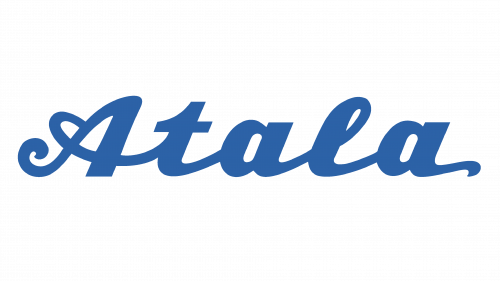 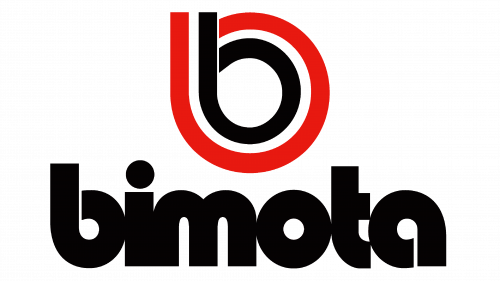 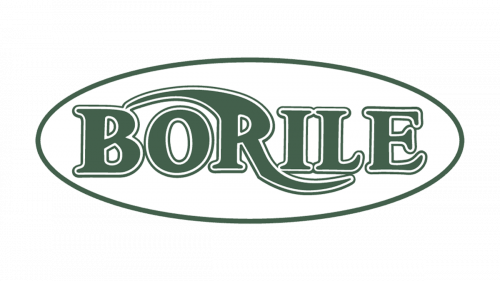 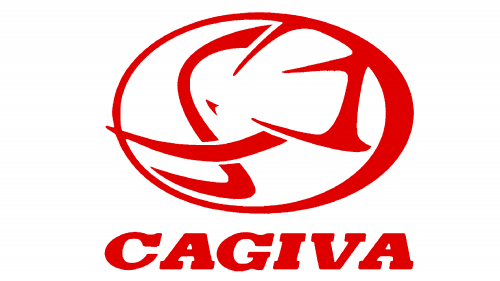 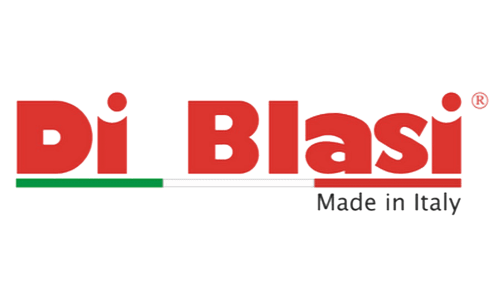 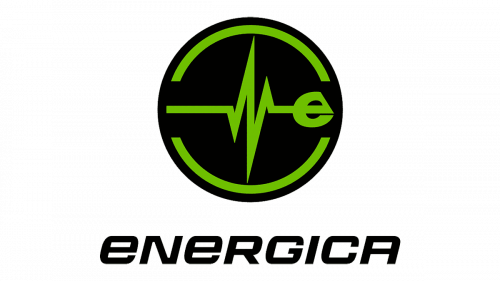 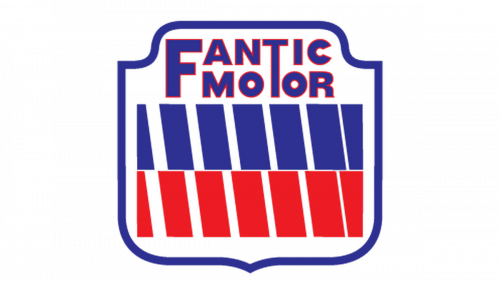 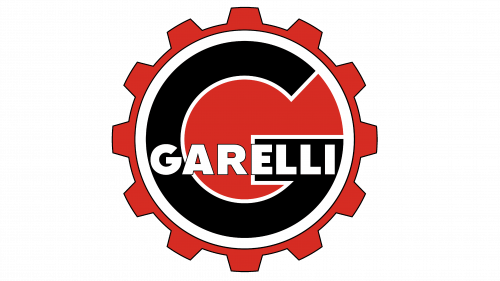 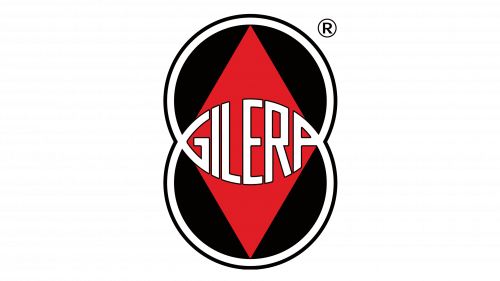 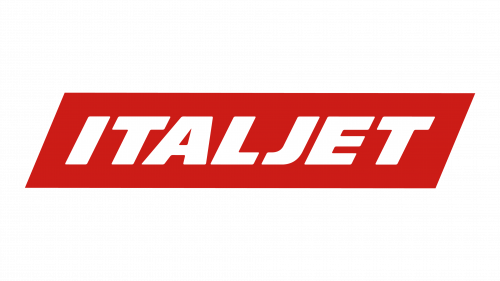 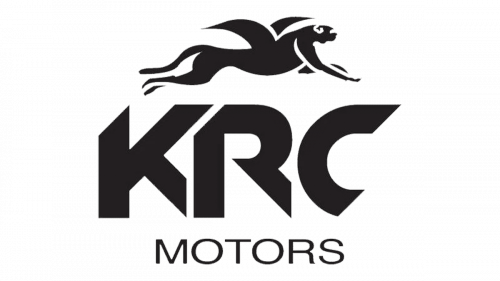 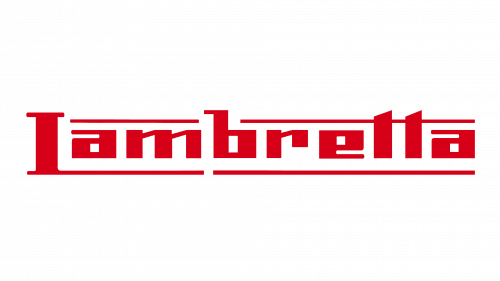 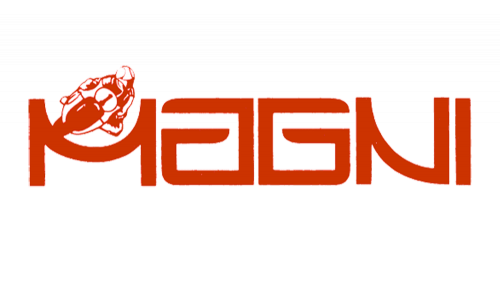 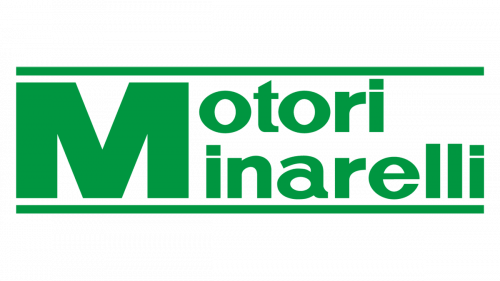 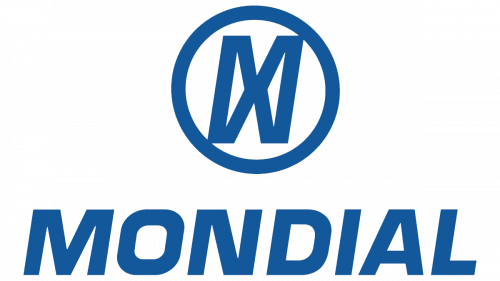 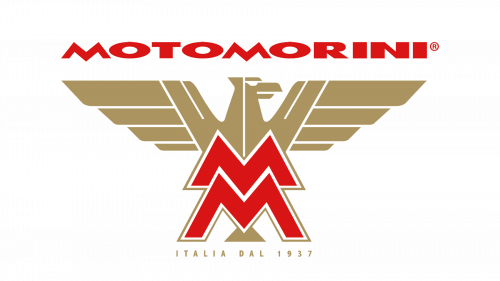 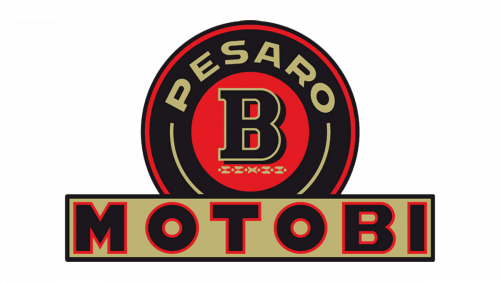 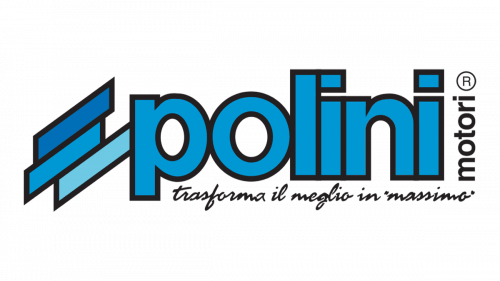 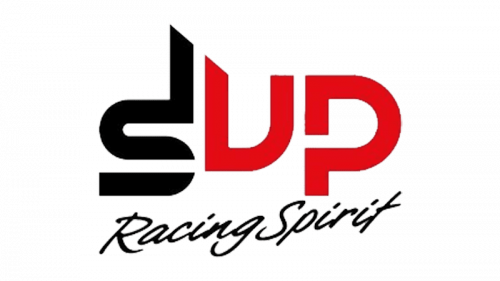 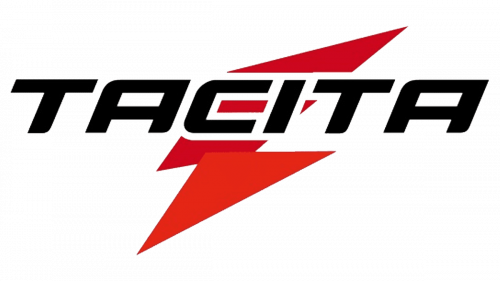 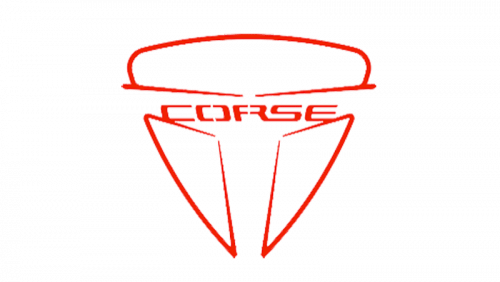 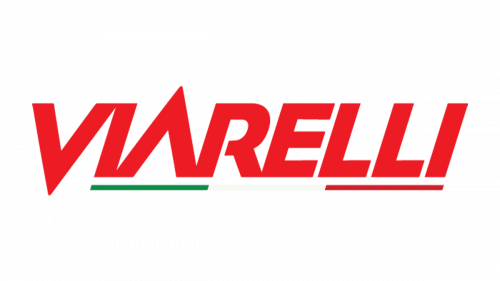 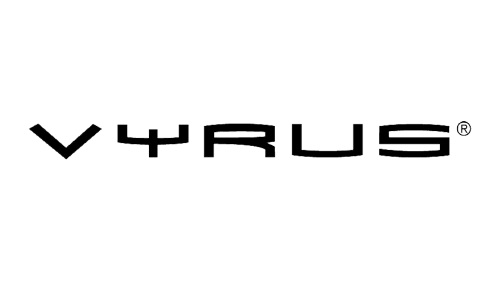