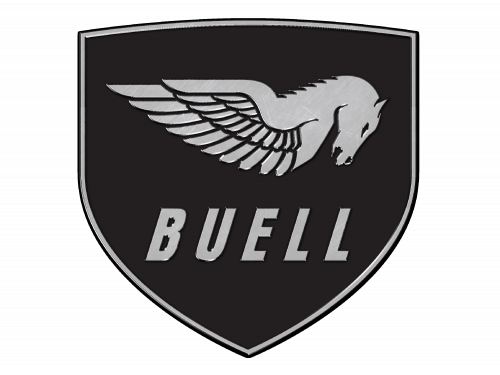 Buell is the name of a former American motorcycle manufacturer, which was established in 1983 and based in East Troy, Wisconsin, USA. The founder of the brand was an ex-engineer from Harley-Davidson, Eric Buell.

Buell’s first motorcycle, the RW750, was created in 1983 specifically to compete in the AMA Formula 1 motorcycle championship. Eric Buell, who was the company’s founder, was one of the strongest independent riders in the championships at the time. So he knew how the perfect racing bike should look like.

In the beginning, only two Buell bikes were released, one of which was sold to another racing team. However, the AMA Formula 1 racing series soon ceased to exist and the newly born company, Buell, switched to the creation of sports street motorcycles, using Harley-Davidson engines for this purpose.

In 2006, Buell announced that it had produced and shipped its 100 thousandth motorcycle. In October 2009, Harley-Davidson ceased the Buell product line. 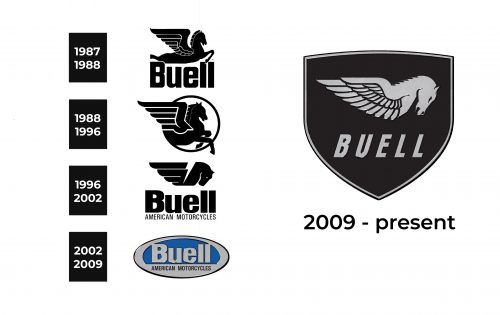 The Buell visual identity was redesigned quite a lot throughout the brand’s history, through all the badges created for it during the years perfectly reflected the values and approach of the company at that exact time. 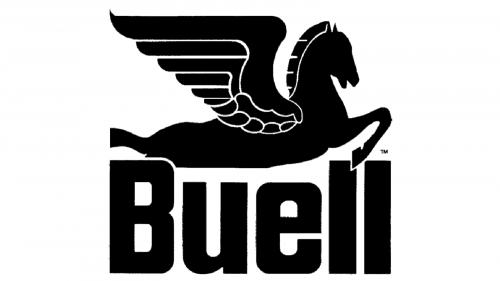 The Buell badge, created in 1987, only stayed with the brand for a year. It was a monochrome composition with an extra-bold wordmark in sans-serif, and an image of a Pegasus above it. 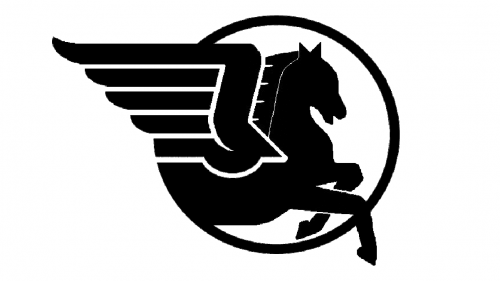 The redesign of 1988 was more a refinement — the previous version of the logo was placed inside a thin black rectangular frame and got an “American Motorcycles” tagline. The Pegasus moved to the left from the lettering and got a circular outline. As for the logotype, it was italicized now. 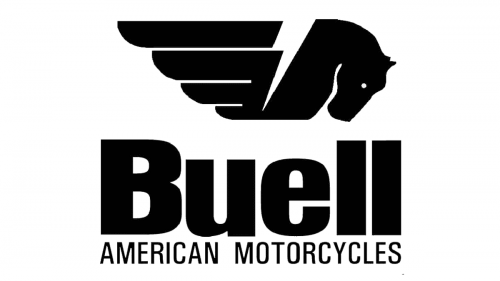 The composition remained the same. But with Pegasus above the logotype again. Though all the elements of the visual identity were redrawn in a more modern way, with thicker lines and fewer details. 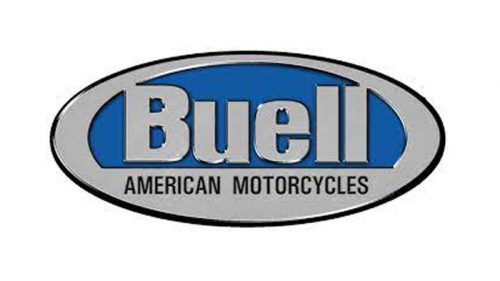 The first major redesign was held by the brand in 2002. The new badge boasted a horizontally oval shape and a new color palette. The Pegasus was gone and now the bold silver wordmark made the main part of the logo. It was placed on a blue background and enclosed in a thick silver frame. 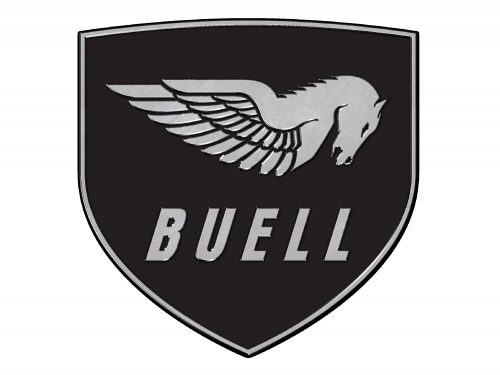 The Buell logo was redesigned again in 2009. The brand decided to come back to its roots and adopted a new image of Pegasus for its refreshed badge. The new concept featured a crest shape and a gray and black color palette. 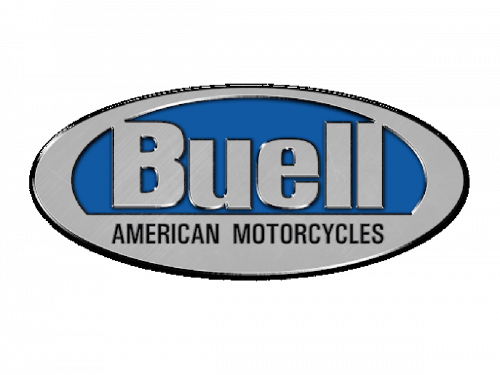 The Buell Pegasus for most of the brand’s logos is a symbol of freedom and speed. This graceful mythological creature also evokes a sense of elegance and style, which brilliantly reflects the Buell value of beauty in the design of its Motorcycles.

The crest shape of the Buell emblem adds some confidence and professionalism to the image of the company. 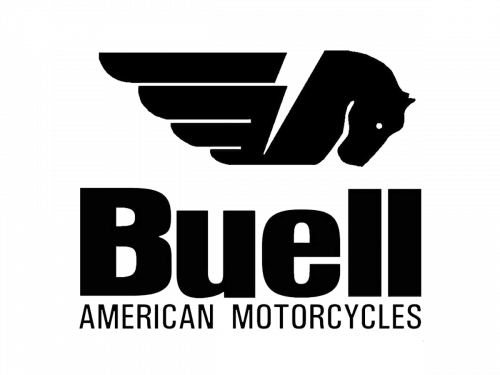 The Buell lettering from the badge, created in 2009, is set in the uppercase and has a lot of space between the letters. The typeface used by the brand looks pretty similar to such fonts as Cairoli Classic Condensed Heavy Italic and italicized Anzeigen Grotesk.

The color palette of the Buell badge is based on a strict and powerful combination of black and gray, which stands for strength, confidence, and professionalism, evoking also a sense of reliability and safety.

The first Buell motorcycle designed after the brand was acquired by Harley-Davidson appeared in 1994. Sports-tourist S2 Thunderbolt continued the tradition of motorcycles of the company and was equipped with a boosted to 86 hp version of the engine Sportster 1200. A year later, the S1 Lightning debuted with a 91 hp engine.