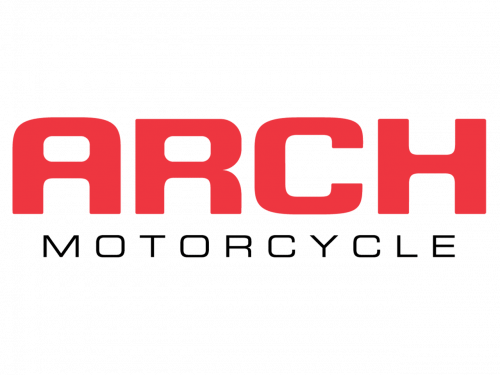 Arch is an American motorcycle manufacturer, which specializes in the production of luxury custom models. Founded by the famous actor, Keanu Reeves, the brand got extremely popular in no time, introducing its first motorcycle in 2014.

The founder of the brand, Keanu Reeves, had always been known for his passion for Motorsport, and after meeting a famous motorcycle designer, Gard Hollinger, the Hollywood actor decided to start manufacturing his bikes, designed according to the highest standards in everything.

Being a very young company, Arch has already designed and produced three motorcycle models, with the flagman KRGT-1, released in 2014, and followed by Arch 1s and Method 143 bikes. 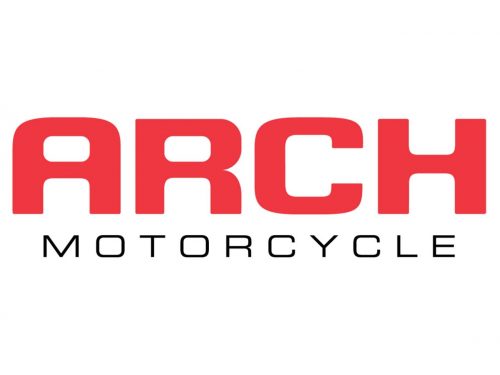 Arch is a young and progressive company, which pays attention to details in everything, including its visual identity. The logo of the brand is composed of sleek yet laconic lettering, which can be set in one, two, or even three lines, and an emblem, which is not always used on the logo.

The main part of the wordmark is, of course, the “Arch” in all capitals of a custom smooth sans-serif typeface. It is set in red and accompanied by a delicate yet strong black tagline, which can consist of just “Motorcycle” or “Motorcycle Company” inscription. 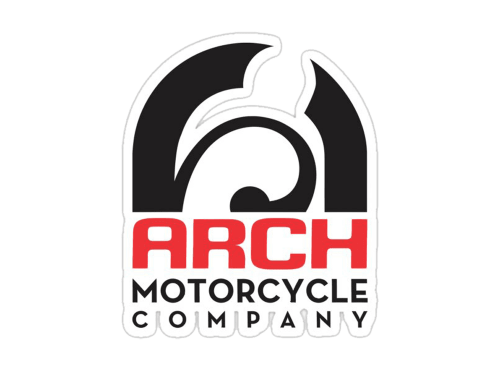 The emblem of the motorcycle manufacturer is a stylized monochrome arch, with the mainline bold and black, and some white and black rounded elements under it. The interesting design of the emblem makes the logo look unique and reflects the essence of the brand and its approach to every detail of the manufacturing process. 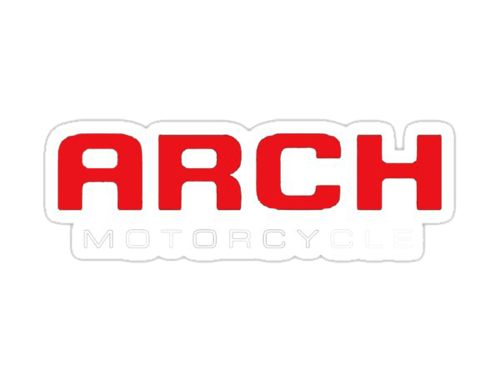 The Arch logotype uses two different typefaces, the one for the upper line is bold and has the angles of the letters rounded, it looks pretty similar to Eurocine Wide Bold but with the letter “A” redrawn. As for the tagline, it uses a more traditional style of lettering. Its font is close to Boston Semi Bold or Organetto Regular.

The Arch color palette is built around black, red, and white, the colors of strength, passion, and reliability. This is also one of the most powerful combinations, which looks elegant and bright on any background. 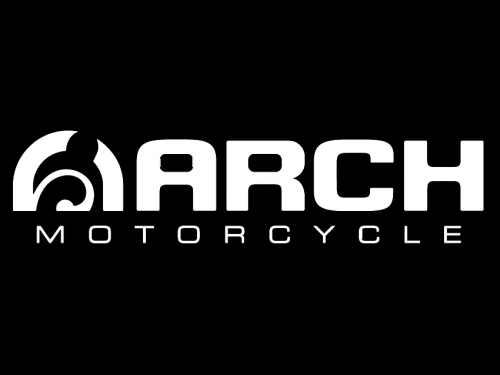 Though all three models of the brand are pretty popular, the first one, KRGT-1 is still on top of the list, getting upgraded year by year. It is a V-twin bike, with a sharp exquisite design and technical characteristics brought to perfection.