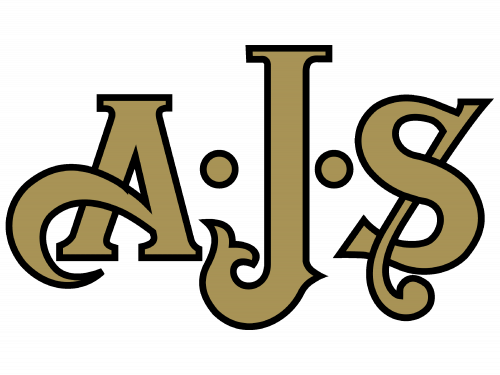 AJS is the name of a motorcycle brand from Britain, which was established in 1909. The name of the brand stands for AJ Stevens & Co, after its founder, Joe Stevens. At the very beginning of its history, the company was specialized in the production of both cars and bikes and fully switched to motorcycles only in the 1930s.

The first motorcycle was released by AJS in 1897. It was built on the Mitchell engine. Since 1909 the company starts producing its motors and introduced the Wearwell bike. After that AJS released a new model almost once a year, until 1931 when the AJS S3 V-twin was designed.

In 1931 the brand was acquired by Matchless, but they keep using the AJS name for the motorcycle models 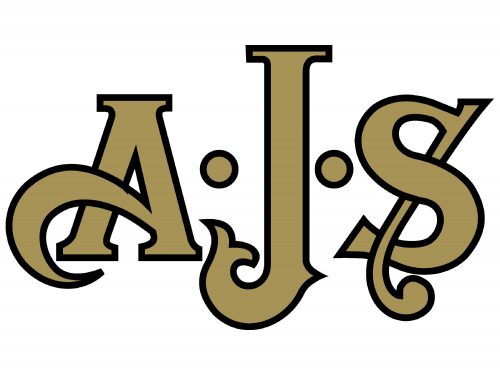 The ornate and elegant visual identity of AJS represents the style of the company, showing its “retro” direction. The brand still uses its original logo, created at the beginning of the 20th century, and it looks stylish and sleek on the fancy AJS motorcycles.

The AJS logo is composed of three letters in a custom bold typeface with some smooth and delicate vignettes at the ends of the lines. The enlarged capital letters are placed whether on a dark blue or white background, changing their color from white to gold. 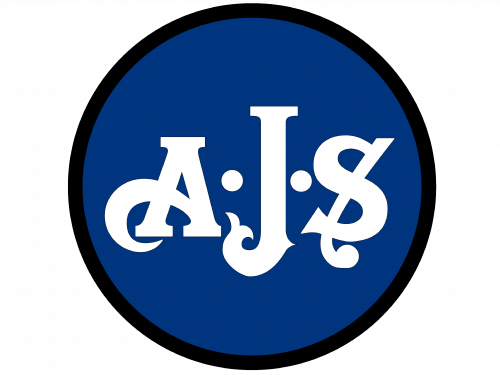 The AJS emblem featured the same design from 1909 and varies in decorations from model to model. The most common version is a light blue circular badge with white lettering and a double white outline of the circle. Though there is another way of placing the AJS logo on the bikes — its large gold letters in a black outline are placed directly on the body of the motorcycle, which usually has a black or burgundy color. 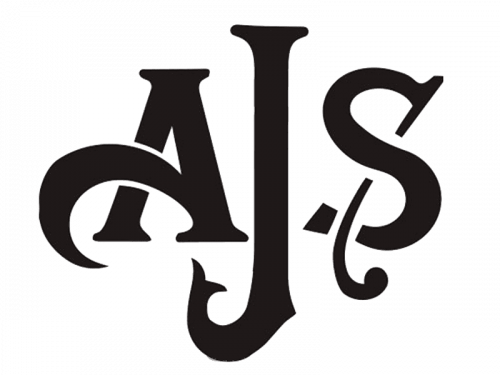 The AJS inscription is executed in a custom handwritten typeface; the “J” is slightly taller and more minimalist than two other letters, which feature elongated lines and arched bars.

The black and gold color palette of the AJS visual identity is a symbol of the quality, beauty, and confidence of the brand in its professionalism and expertise.

When executed in blue and white, the AJS badge evokes a sense of reliability and safety, which are two of the most important qualities for any motorcycle manufacturer. 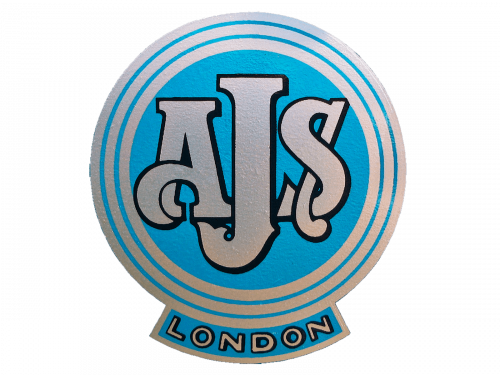 The most famous motorcycle of the British brand is definitely AJS Caldwell, a retro-style bike with a four-stroke engine and a smooth balance shaft. The model boasts a chic design, resembling the bikes from the 1950s, looking classy and comfortable.