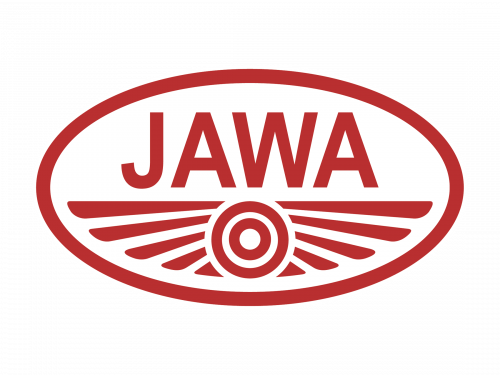 Jawa is a brand of road motorcycles produced in Czechoslovakia since 1929. The brand was extremely popular not only in its motherland country, but across all Europe, especially its eastern part, and the Soviet Union.

In 1922, gun engineer Frantisek Janecek purchased a bankrupt factory on the outskirts of Prague to accommodate an order he had received — rebuilding captured machine guns. By 1928, the volume of orders from the war authorities was reduced, and Janecek decided to focus on the production of motorcycles. In 1929 he purchased a license for a 500 CC overhead valve motorcycle, the Wanderer. The name of the Jawa brand was formed by merging the first letters of the names “Janecek” and “Wanderer”.

In 1933, the British racer and engineer George William Paquette, invited to the company, created the lightweight and affordable Jawa 175 with a two-stroke Villiers engine. Then came a succession of developments of their own two- and four-stroke 250 and 350 CC engines, and in the middle of the 1959s — 500 CC engines and motorcycles. The transition of Czechoslovakia into the socialist camp after World War II only changed the direction of exports – the main buyer of Czech motorcycles was the Soviet Union, which was supplied with more than a million different models. But the market economy undermined the business and with the collapse of the Soviet Union, the company had to survive, although in the Czech Republic piece production of Jawa continues to this day. They are mostly stylized versions of Japanese motorcycles that meet modern environmental standards.

Under the onslaught of Japanese and Chinese products, the company closed down back in 1996, but the love for the brand has not gone away without a trace: there are still many theme clubs in India whose members cherish the iconic Czech motorcycles. Therefore, Mahindra and Mahindra Concern, which undertook the development of the huge, the world’s largest local market of two-wheeled vehicles, tried in every way to include the Jawa brand in its ranks.

The legendary Jawa motorcycle brand has been revived in India. The Indian corporation Mahindra & Mahindra to buy the rights to the Jawa trademark in 2017. A new company Classic Legends was created specifically for the production of revived motorcycles.

And a year later, the refreshed Jawa presented three new models. The motorcycles are called Jawa 300, Jawa 42/Forty-Two, and Jawa Perak, all reminiscent of the classic models of the 1970 — 1980s. 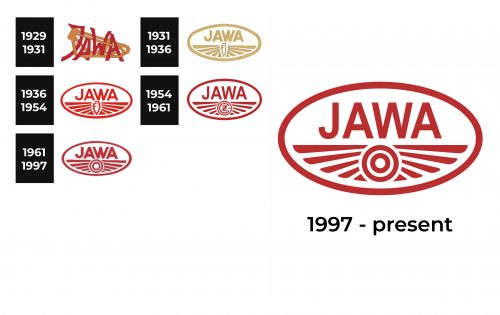 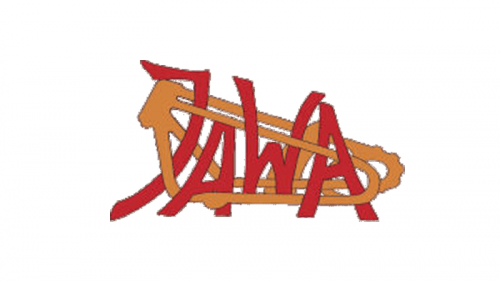 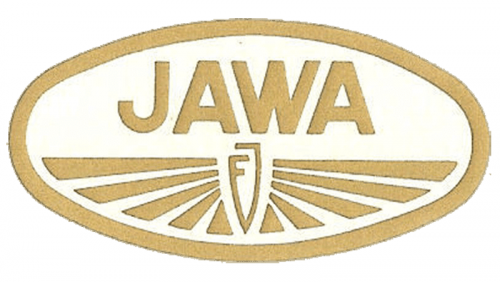 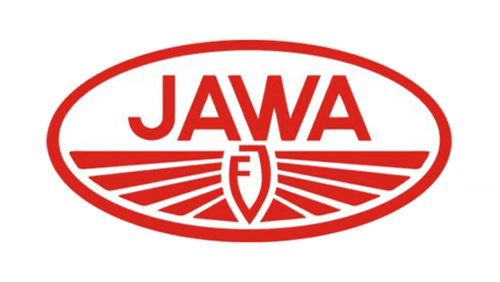 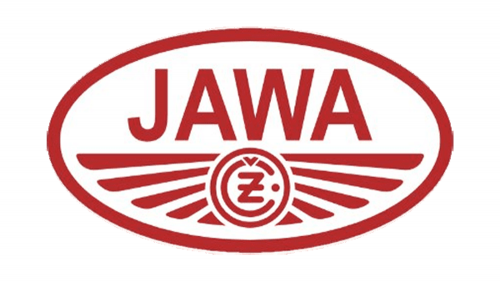 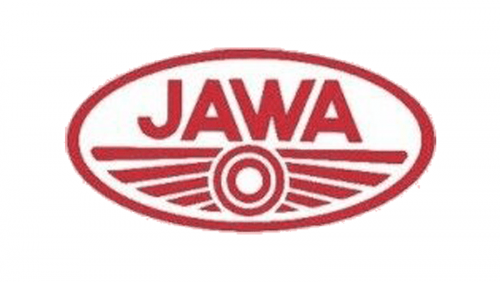 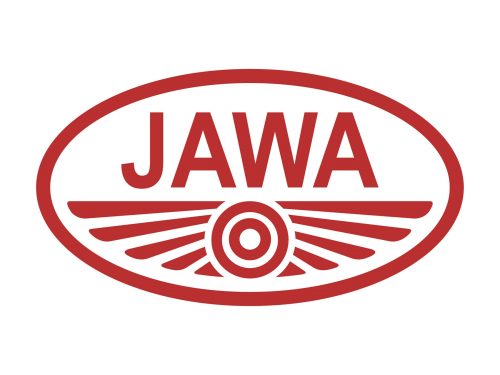 The Jawa visual identity hasn’t changed much since the 1950s. Its badge, which has already become iconic by today, is pretty simple but has it all — memorability, brightness, and style, which represents the essence of the brand.

The badge of the brand is a horizontally oriented oval with a thick red outline. Inside it is visually divided into two parts — with the red logotype on top, and a stylized image under it. All the elements are executed in one shade of red and placed on a white background. 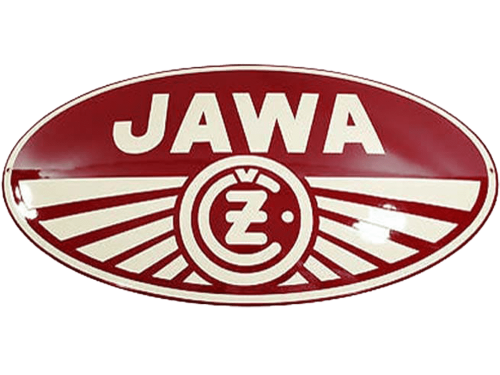 The symbol of the brand is a double circle, resembling a wheel, and ten smooth rays coming out of it, looking like the bird wings, with their feathers rounded on the ends. This simple composition reflects freedom and speed, two main characteristics of any bike ride. 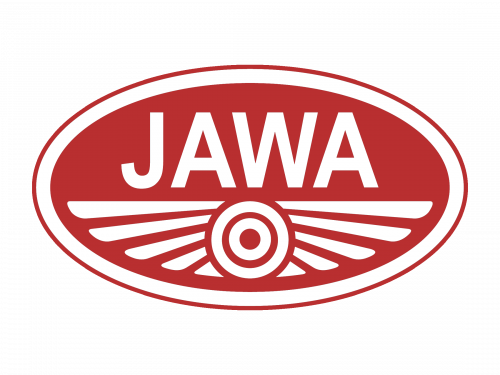 Jawa uses a very simple and neat sans-serif typeface for its visual identity. The capitalized logotype is executed in a font, which is very similar to such iconic types as Arial Bold and Akhbar Bold, with clean lines and simple shapes.

The combination of red and white on the Jawa badge stands for passion and progressiveness of the brand, and also evokes a sense of professionalism and confidence.

After the revival of the brand by Mahindra, three new models based on the iconic ones were released. The first Jawa 300 and Jawa 42/Forty-Two are virtually identical models, but the Forty Two is simpler in design. They are powered by Classic Legends’ own 293 CC liquid-cooled single-cylinder engine. The engine produces 27.4 hp and 28 Nm of torque and meets Indian environmental requirements BS-VI.

The Perak has a more powerful engine with 332 CC and produces 30 hp and 31 Nm of torque. All bikes six-speed gearboxes used telescopic forks in the front and gas double shock absorbers in the rear, also retained two chrome exhaust pipes, embedded on the sides.

The Jawa 300 has 280mm disc brakes at the front and 153mm drum brakes at the rear, allowing only single-channel ABS. The Perak has disc brakes front and rear with full ABS support. The Jawa 300 / Forty-Two weighs 170 kg and has a wheelbase of 1,369 mm. The fuel tank capacity is 14 liters. The seat height is 765 mm, one of the lowest in the class.