The Nascar Hall of Fame is one of the most talked about halls of fame in the whole of North American sports. And the key talking point is often surrounding who’s included and who is next to be inducted. The Class of 2023 was announced in May of this year, which means that in the coming months, a new group of inductees will be announced, and many are wondering who the runners and riders could be. 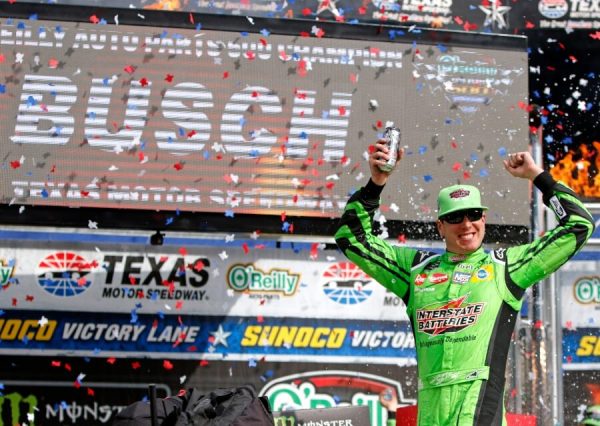 Martin Truex Jr., like so many Nascar drivers, is now in the twilight of his career, and many would suggest that there has begun to be a bit of a decline slip in. It’s not a negative; it’s natural for a driver aged forty-two who has been competing for close to two decades. So, while you wouldn’t be betting on the Nascar Cup winner being Truex Jr., you would bet on him being inducted into the hall of fame at some point because he’s done enough to earn the right, which is backed up by his thirty-one wins.

For a lot of people, when you’re talking about Kyle Busch, you’re arguably talking about the greatest Nascar driver ever to live. And that’s quite a status to have, with any of the car brands being honoured to be affiliated with him. People think Busch is the best because of his achievements, including the most combined wins across the three top tiers of Nascar. So, taking that into account, and Busch being out in front for wins in both Trucks and Xfinity, you could suggest it’s not a case of if Rowdy will be inducted into the hall of fame, but when.

Joey Logano burst onto the scene aged eighteen years old and has gone from strength to strength since. For some, it can be challenging to make it to the top of Nascar, but Logano hasn’t just made it; he’s racked up an impressive 30+ wins and counting. Logano is undoubtedly a great shout to be inducted into the hall of fame, but at thirty-two years old, it could be a case of him achieving even more success on the track before he gets the call. And that’d be great news for Nascar fans as it would keep Logano focused on earning his induction.

If there was any driver who has been more popular in the last five years, it’s Chase Elliott. What Elliott has managed to achieve in terms of his Truck wins, eighteen Cup wins, and five Xfinity wins is great. But, to be in the conversation about being inducted into the Nascar Hall of Fame, you have to be better than great, and his 2014 Xfinity Series Championship success and victory in the 2020 Cup Series Championship are what elevates Elliott to the next level. With plenty of success under his belt already, it’s likely that the more the twenty-seven-year-old achieves, the closer to the hall of fame he will get.

Can the Kia Seltos Tow a Trailer?

Keep Your Car in Tip Top Shape With These Expert Tips