Critical situations when the car is locked and the keys are left inside or lost have happened to many motorists. Sometimes it happens due to their negligence, and sometimes due to the fault of the car, which activates the automatic lock when it is not required. Today we tell you how to act in such a situation. We draw particular attention to the fact that most methods involve breaking into the car by breaking it mechanically. You can only use them against your car. Otherwise, your actions are criminally punishable.

Whatever the reason you have locked your car with keys inside, the first thing to do is to calm down and not panic. The situation is unpleasant, but not hopeless, and fretting will not help. 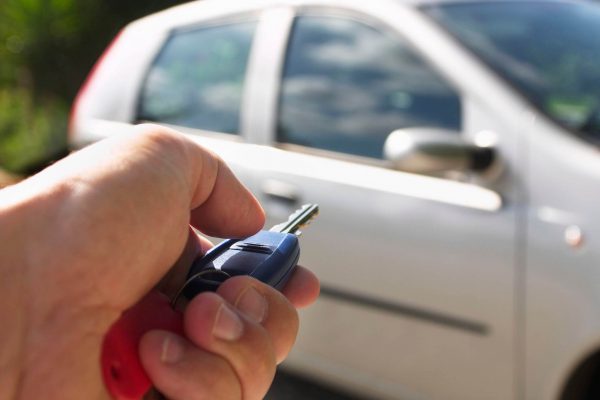 If you don’t have spare keys and you don’t want to use the services of professionals, your situation might fit one of the following.

If you are lucky

If this again is not your case, do not despair, because there are several ways to open the car without a key, and we will tell you about some of them now.

To open a car without a key

So, let’s take a look at the most popular and proven ways to open a car without a key. Before you start to act in one of the following ways, it is important to remember that you should open the door of the vehicle with the alarm turned off before doing so. 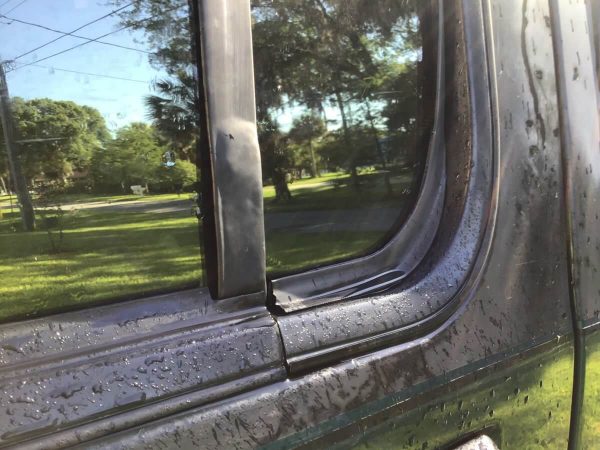 Many cars are not inherently without design problems. In some models, you can get into it by removing the rubber plug under the driver’s seat, and then pushing the carpet from underneath with an object. In other models, you can unscrew the plastic cover on the trunk lid with a screwdriver and get access to the lock rod. 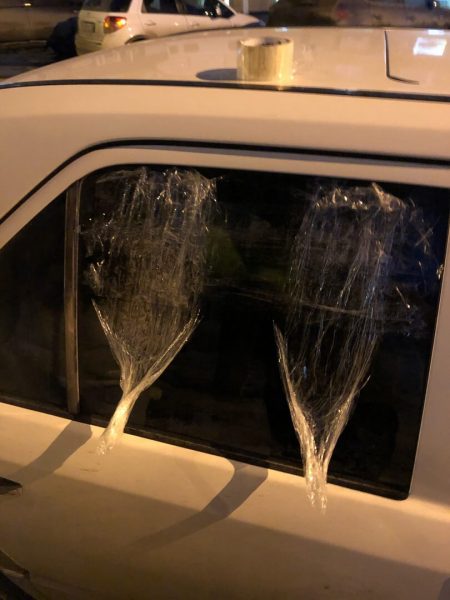 Cars with mechanical windows have one unpleasant design feature that may help you. During operation, the side windows in the doors will loosen and lower on their own. Press the glass with the palm of your hand, pull it down with force, and then press directly on the top end. This way you can lower the glass by a few centimeters and then unlock the door with your hand, wire, or rope hinge. 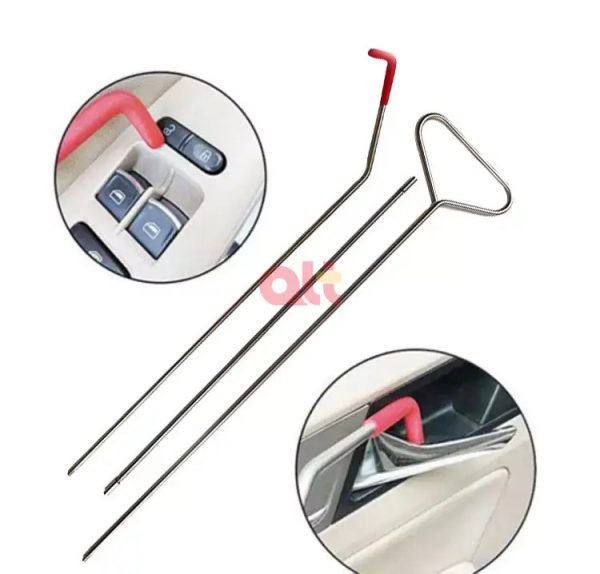 Before you can open cars without a key, you need to remove the seal on the side of the door lock by picking it up with a nail file or screwdriver. It is enough to remove it only a couple of centimeters, it will be enough to slip a steel hook. The hook can be made from a stiff wire, knitting needles, and clothes hangers, bending at the end of a piece about 2 cm long at an angle of 45 degrees.

We introduce a wire with a hook on the end into the formed doorway. As soon as it hits the lock, pull it to the left and wait for the hook to fall, then pull it to the right. As soon as the steel hook engages the rod, lift it and open the lock.The method described works well only on old, or simple cars, with mechanical locks, without electronic keys or complicated expensive alarms.

Some motorists use a windshield wiper instead of a wire. They remove the spoke and bend the end with pliers to make a loop or hook. 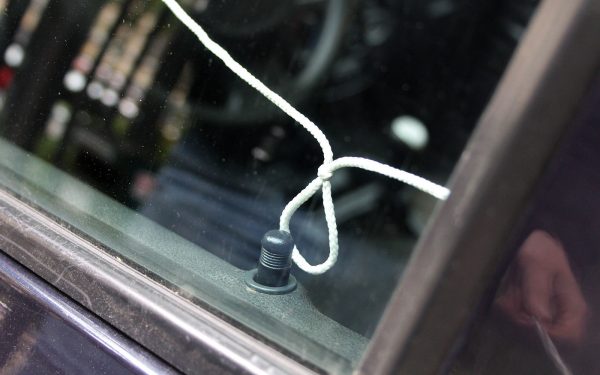 This method is suitable for those cars in which there is an internal button – it should protrude above the door panel at least a little. Bend a little corner of the door, putting a piece of a soft cloth. It will protect the paint coating from scratches and damage. You can even insert a small wooden wedge between the post and the corner, which will allow the establishment of a rope. Similar to the rope, some drivers skillfully use fishing lines. It will go perfectly through the thickness where you can’t get the rope in. Now all that remains is to hook the tongue, tighten the loop firmly, then pull both ends up and raise the button. 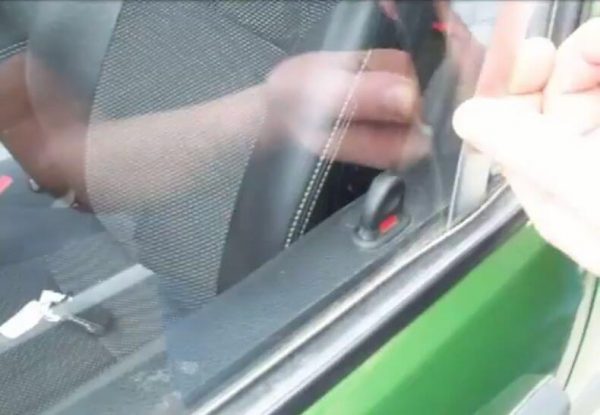 This method may be familiar to many people from Carjacker movies. You need to take a long flat plate (the most common is a common thirty-centimeter ruler) to slip along the glass under the seal and poke at random down, trying to get on the metal rod that goes from the lock to the latch. If you hit it correctly, the lock unlocks. Sometimes it is needed not to push, but to pull upwards – for this purpose the hijackers saw a hook at the end of the ruler. But usual drivers, as a rule, don’t know this nuance about their cars. 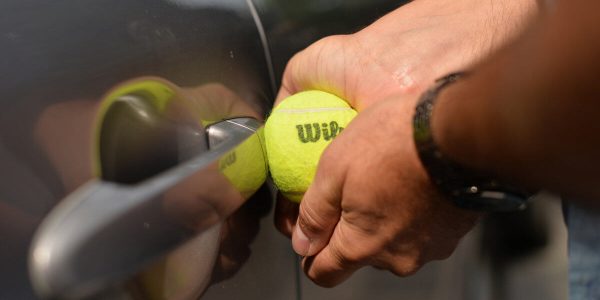 Perhaps at first glance, this method seems to be the most unrealistic, but it is very simple. It consists of simply blowing into the lock cylinder with compressed air. A tennis ball or a rubber toy can be a great helper if your car is equipped with an internal door lock button. To unlock the car door, you need to repeatedly blow compressed air into the lock cylinder. The compressed air will look for an exit from the door and lift the locking tab. A slot is made in the ball with an awl. It is pressed with the hole to the lock and sharply pressed. A stream of air will come out, which will open the lock.

Well, we have left the most radical methods for the last, although, for many, probably, they come to mind in the first place, when the driver finds himself in a situation with the locked keys in the cabin. We mean broken windows and broken locks. 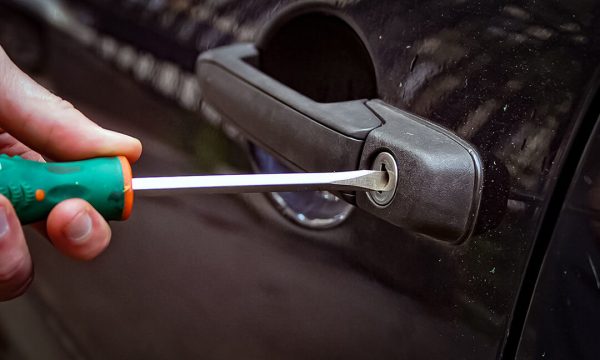 The most radical and expensive method is breaking the locks. You can easily get access to the car with a screwdriver, drill, or other tools. Then, however, you will have to spend money on car repair and replacement of all lock cylinders, but if there are no other options, this way out of the situation will do.

No less radically you can break into the car by breaking any of the windows. Of course, it is better to break one of the side windows. You can do it by hitting it with a heavy object. When choosing glass, the determining factor is not the size, but the price. Choose the cheapest glass by consulting a car dealer or the Internet. The best option is to break one of the rear side windows.

In order not to spoil the interior and the paintwork with splinters, it is better to put a few strips of tape or masking tape on the glass surface. Do not hit in the center of the glass, but closer to the edges. And after you have broken it, seal the opening with tape to prevent moisture and dust from getting into the interior.

When breaking the glass with a hammer, stone, or another object, wrap your hand in a thick cloth and cover your face with the other hand, or turn away.

It is worth remembering that the smaller and cheaper the car, the easier it is to break in – this is because the budget models have rather thin metal. The second point is that some cars are equipped with a double locking system.

Another difficulty is that in some models the hood does not open until the driver’s door is closed – the handle is pressed, which blocks the mechanism. Even experienced craftsmen are not always able to cope with such cars. In addition, difficulties will arise if the car is equipped with a mechanical security device that blocks the opening of the hood. The only way out of the situation is to call a tow truck and take the car to the dealer.

And, in conclusion, a few tips. To avoid situations when your keys are locked inside the car, make a habit of always taking your key or transponder key with you when you leave the car. It’s a good idea to make a duplicate key and carry it with you as a keychain. The risk of locking your key in the car is also minimized if you forgo the programmable automatic door lock option.

Can the Kia Seltos Tow a Trailer?

Do You Own A Fridge Van? Here Are Some Useful Tips

Keep Your Car in Tip Top Shape With These Expert Tips