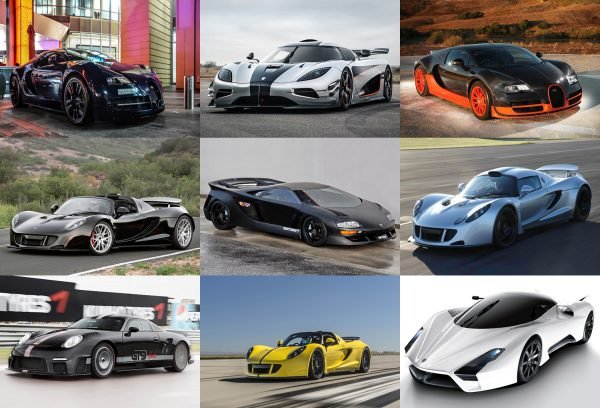 Are you the one who measures automotive excellence by a car’s top speed? Then you’re not alone! There’re quite a few petrolheads who secretly care about this simple figure more than about any other characteristic, whether it is a car’s torque, power, or design. That’s why we’ve created a rating that will familiarize you with each and every of the massively fast monsters. The question “What is the fastest car in the world?” may seem quite simple, from the first glance. However, some nuances may have a considerable influence on the rating. For instance, can the fastest car in the world be only a production vehicle? Or are we safe to include concept cars or modified cars as well? Do we consider only street legal versions?
In addition to production cars, we’ve also included racers and one-off custom jobs. That’s because we just need to know the fastest car in the world, and we don’t care whether it can actually be spotted on the roads.
Another very important question is a company’s credentials. What is enough? We’ve tried to include only cars with generally proved and recognized top speeds. However, in the cold light of the day, even a car produced by a world’s leading manufacturer may fail to reach its claimed speed and prove the name of the fastest car in the world. 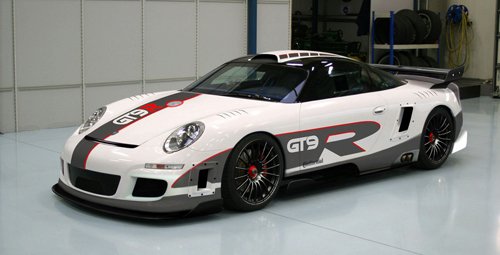 
Although it is officially stated that the 9ff GT9 is based on Porsche GT3, in fact it only shares 2% of the components. The car fell short in its attempt to set a new speed record in 2008 (two miles per hour short). 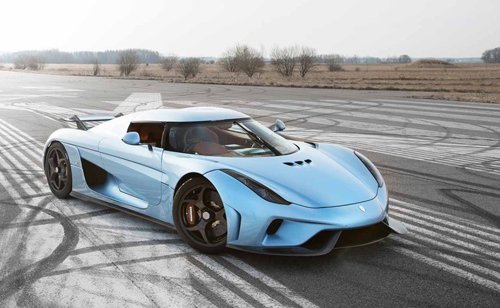 The Regera was created as a more “practical” alternative to other Koenigsegg’s hypercars, including the Agera RS and the One:1. Unlike its predecessors, the 1,500+ hp hybrid megacar is a production version. 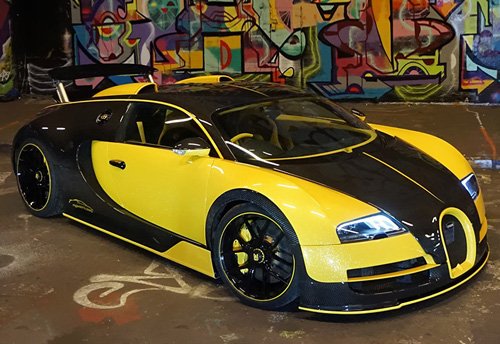 One more tuned version of the Veyron 16.4, this time created by Oakley Design. In addition to being exceedingly fast, the car catches the eye with its daring color scheme. The vehicle was first spotted in London in February, 2016. 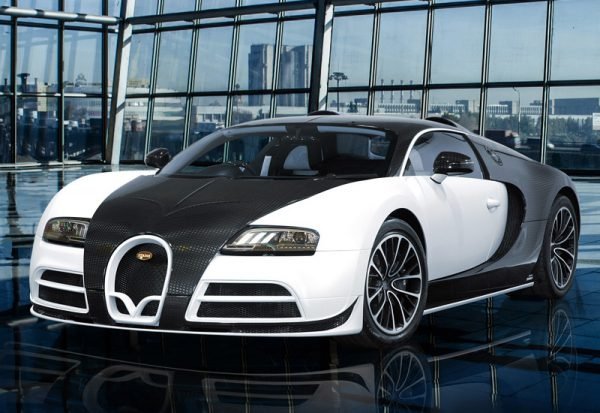 A rather attractive modification of Bugatti Veyron was made by the Swiss tuner Mansory. The Veyron was a bit “livened up”, which included mostly aesthetic and aerodynamic upgrades. It’s not the first time Mansory has demonstrated its interest in Bugatti vehicles. 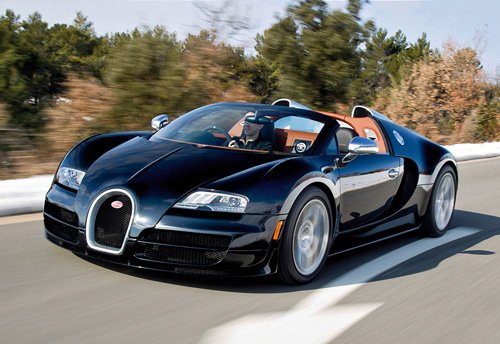 Another car capable of exceeding 409 km per hour, the Grand Sport Vitesse is a lightly modified successor of the Grand Sport, equipped with a Super Sport engine. It was first shown at the 2012 Geneva Motor Show. 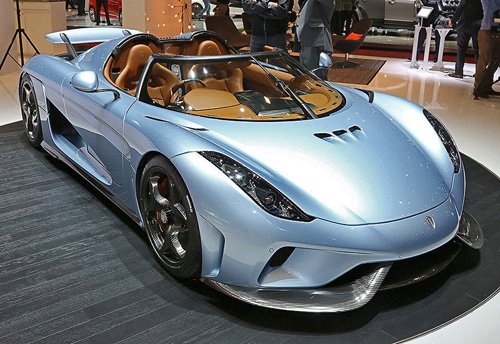 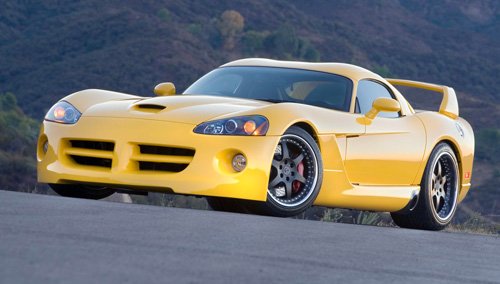 Judging by the exterior, the car may seem very much like a standard Viper but for a rear wing. However, the engine and everything that’s inside the composite paneling were heavily modified. Some of the upgrades include new pistons, connecting rods, as well as ported cylinder heads. 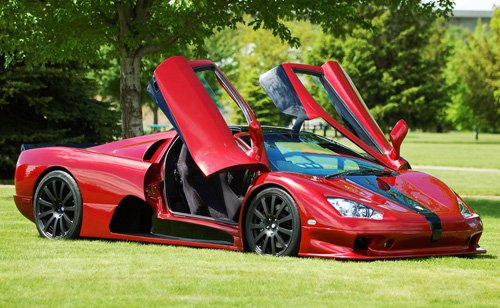 In 2009 SSC North America launched an upgraded version of the Ultimate Aero TT. It boasted a 15% power increase, compared with its predecessor. The car was equipped with carbon fiber louvers, aimed at protecting the engine from overheating. 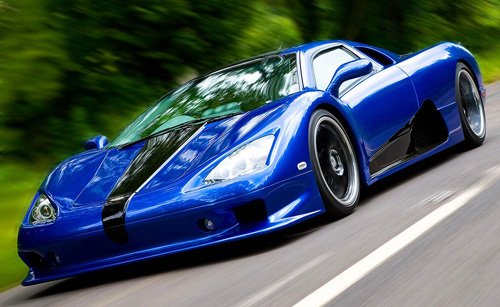 A creation of SSC North America, the twin turbocharged version of SSC Ultimate Aero managed to hold the title of the world’s fastest production car for three consecutive years. It broke the world speed record in 2007 and lost the battle only in 2010, when Bugatti Veyron Super Sport was unveiled. 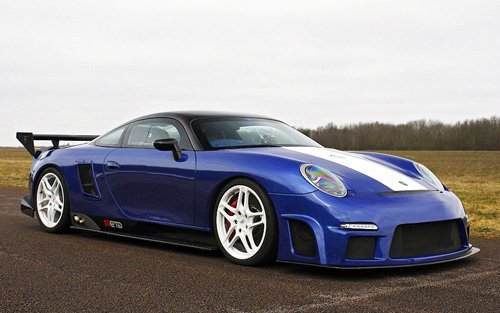 The heavily modified version of Porsche 911 GT3 was designed by German tuning company 9ff. Designers set a goal to break the speed record for a street legal vehicle, and managed to succeed. A very small number of cars were manufactured, and only 20 of them were equipped with the most powerful engine. 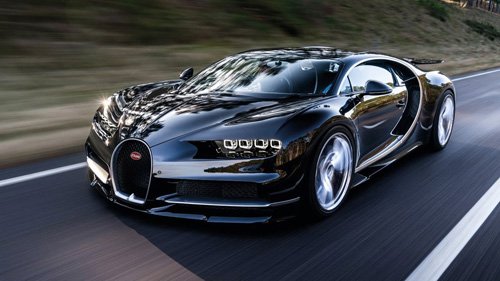 The most modern interpretation of the company’s DNA, the Chiron has a unique styling, which accentuates the car’s impressive performance. Bugatti engineers claim to have achieved a 25% increase in performance in comparison with the previous version. 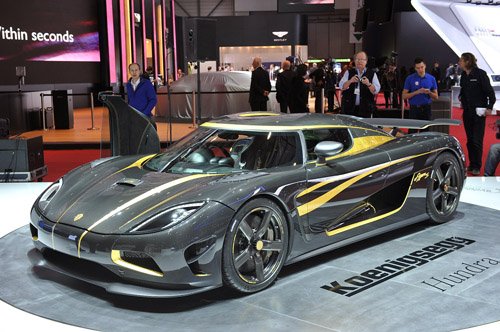 
Color of this model is so vivid, that the specs seem somehow subdued. However, they are really impressive. This astounding wild monster is one of the best cars in the Koenigsegg’s lineup. 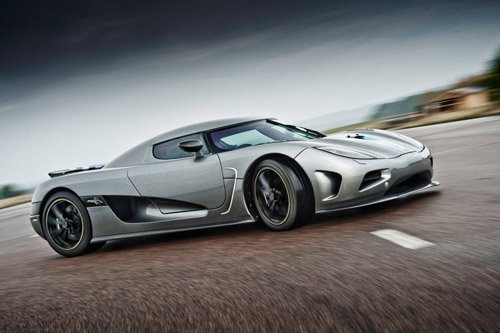 A slightly modified version of the 2011 Koenigsegg Agera R, the 2013 Agera R has at least eight improvements. Some of the upgrades include new, lighter rims, new cylinder sleeve with nano coating, and a unique system of fuel control. 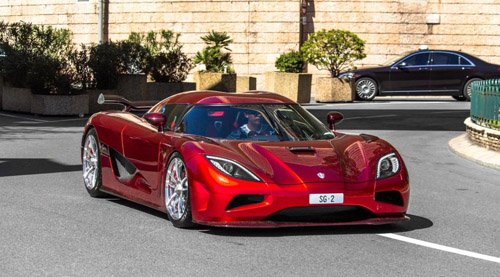 The first car from this range was created for the Oman Royal Family. It does significantly more than a standard Agera, and is more powerful. And yet, it looks like all the power is handled by automatic transmissions. Also, we should mention that the car uses the XXCR’s rear wing. 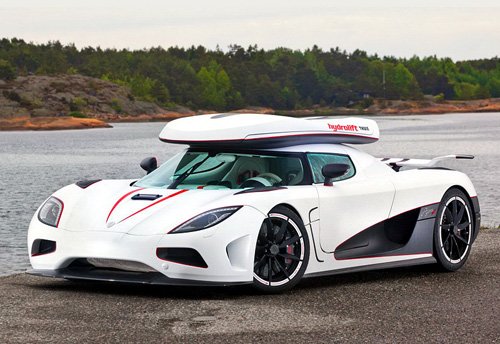 The exceedingly fast car is currently out of production. Taking into consideration that Koenigsegg Agera R was produced only from 2011 to 2014, and only 18 vehicles were made, it’s hardly possible to see one on the road. 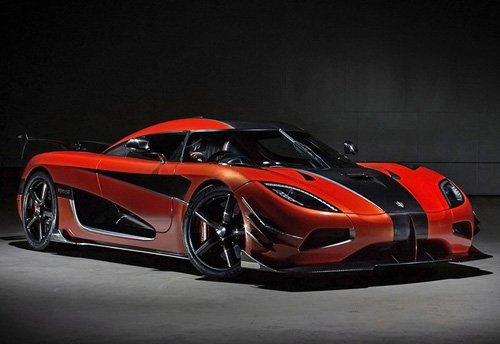 The Final Edition One of 1, which is capable of exceeding 425 km per hour, is a completely bespoke limited edition. An absolutely special model was created as a part of Koenigsegg’s Agera Final paying homage to the Agera RS. 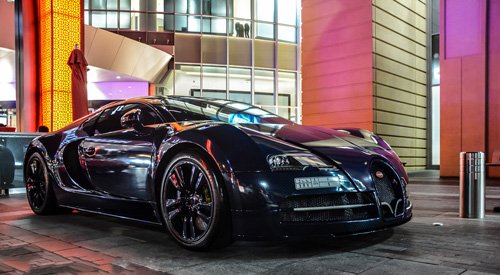 Many motorists are sure that the jeans-colored body looks as if it was covered by a camouflage. However, the exterior leaves quite a pleasant general impression. The top speed is limited by specially designed electronic devices. 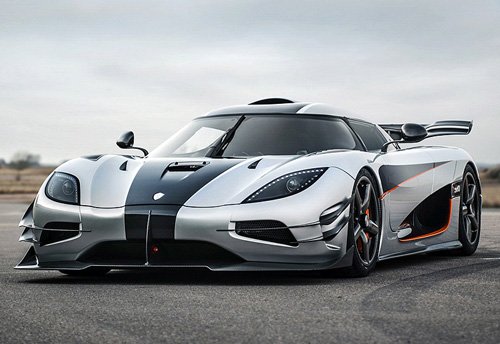 The Swedish car manufacturer Koenigsegg is admired by quite a few petrolheads, for it sticks to the most innovative technologies and the most expensive materials. In 2014 the company celebrated its 20th anniversary, and Koenigsegg One was made to sum up the carmaker’s achievements. 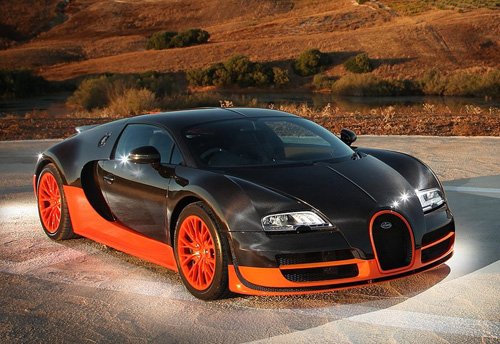 The car’s flat, elongated shape is immediately recognizable. Designers changed the bonnet scoops, which ventilated the engine in the previous versions, for the two NACA ducts in the roof. The super Sport model was created by Ettore Bugatti. 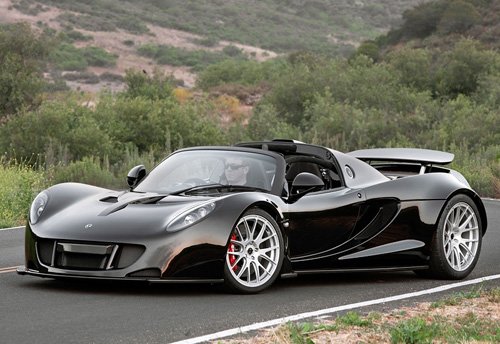 The car was originally created for Aerosmith lead singer Steven Tyler, who wanted to order an open-top version of the Venom GT. All the specs are almost the same as those of the standard version, although the vehicle has undergone serious structural changes. The car’s curb weight was increased by 14 kg. 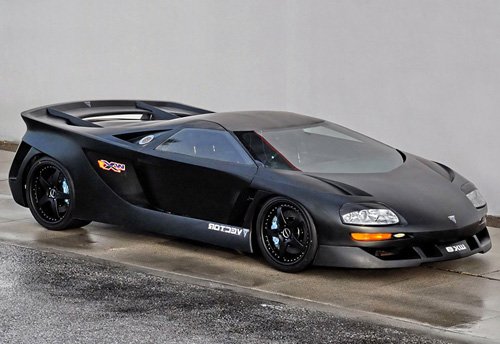 Those who love cars that look really smart probably won’t enjoy the Vector Avtech WX8, especially the headlights. The interior also leaves much to be desired. Have they tested the top speed really? 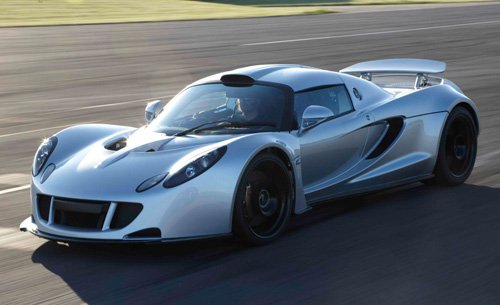 The Hennessey vehicle set a Guinness World Record in January, 2013. The Venom GT proves that even such an average car as Lotus Exige can become a hypercar, provided you modify it adding 1000+ horsepower. Why not try the same with other mediocre models? 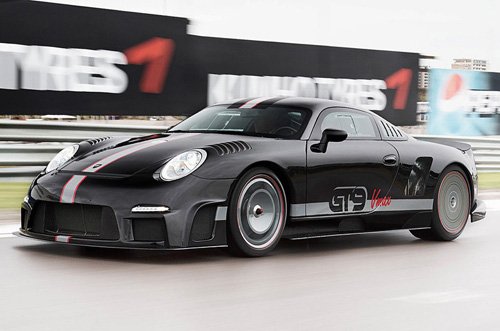 The car, which is based on the 9ff, was unveiled at the Essen Motor Show. It was supposed to beat the world speed record in December, 2012-January, 2013 at the Circuit Park Zandvoort in Netherlands. 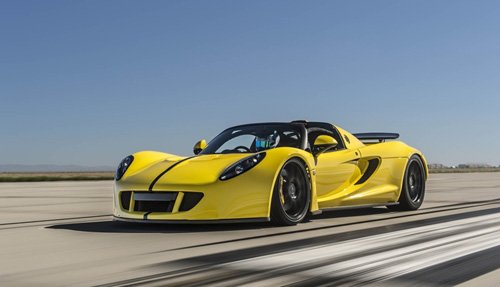 Another massively fast monster, now from Hennessey Performance Engineering, is supposedly based on the Lotos Exige. Actually, it doesn’t look very much like Lotus, except for the front and the chassis, which was seriously upgraded, by the way. 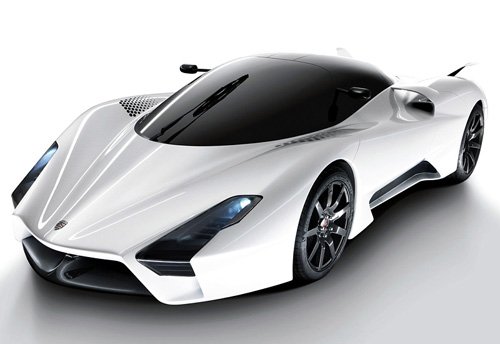 SSC Tuatara, which is a successor to the SSC Ultimate Aero, is at the top of our list. At the end of the day, we have little reason to doubt the company’s credentials, taking into consideration that SSC Tuatara is the result of collaboration between an automobile designer Jason Castriota and SSC.